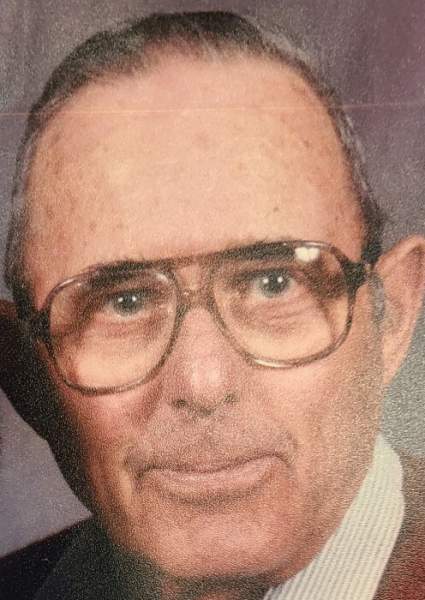 On Sunday February 28, 2021 John Francis Ranken (JFR) loving husband and father of three children Ellen, Susan and Frank, passed away at the age of 97.  John was born July 15, 1923 and grew up in Huntington Long Island with his parents Ellen (Day) and John F. Ranken Sr.  John graduated from Huntington High School in 1940 and enlisted in the US Army in 1942 where he served in the 749th Tank Battalion driving jeep/mechanic for a Lieutenant on a 160 day campaign of reconnaissance across Europe starting in England and ending in Germany, returning home in 1945 on the USS Philadelphia.  Although he rarely spoke about his time served, he was quietly patriotic and one of his favorite hats to wear in the last few years was his commemorative WWII hat.

John had met his wife Florence Leona (Finger) through her brothers Francis and William during years of roughhousing shenanigan’s with numerous Model A’s & T’s and they married June 29, 1947.  John was a mechanic by trade in his early years and would go on to be known as quite a carpenter also.  John and Flo loved spending life on the water in Long Island where their children spent many enjoyable years and took skiing trips to upstate NY and VT.  In 1961 they relocated their family to South Newfane and purchased what would become “Three Penny Lodge” a skiers B&B that afforded them many years of new friends and stories to recall.  They moved on to “Weathervane Farm” in Williamsville where they spent many happy years with his mechanic shop, Flo’s upholstery business, was a Charter Member of the Valley Lions Club and even served as a Lister for the Town of Newfane.

Son Frank met and married Dawne (Burby) and together with their son Jayson, moved to Florida to explore their passions of warmer weather and race cars.  Daughter Susan met and married Peter McBean who moved to Boothbay Harbor eventually settling in Cushing ME -a place that John and Flo loved to visit over the years.  Daughter Ellen and her husband John Gould moved to Northern VT with children Jennifer and John, where John & Flo soon followed.  They built a dream log cabin in 1991 where they have still lived today as their favorite place to be.

There wasn’t a piece of machinery that John wouldn’t be able to fix or ‘tune up’ and many of his later years were spent supervising projects on the farm from this 4-wheeler. He lived a long and prosperous life with very few regrets and was a faithful companion to Flo right up until the end.

At his request there will be no services.  Cards of condolence or flowers may be sent to Florence Ranken 434 Townsend Rd, Lyndonville VT.

To order memorial trees or send flowers to the family in memory of John Ranken, please visit our flower store.

No services to be held