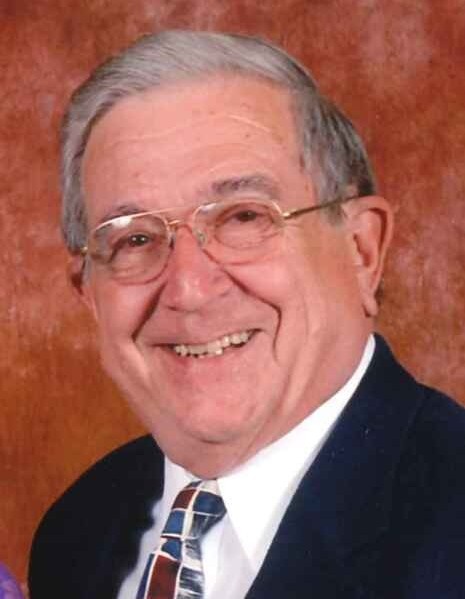 Bob was born in Manchester, NH, on June 16, 1935, son to the late Roland and Germaine (Pantier) Laberge. He grew up in Manchester graduating High School in the Class of 1953 and matriculated to Goddard College where he received his Bachelors Degree.  Bob started at Fairbanks Scales in the credit department and was there for a number of years before moving to St. Albans to work for Fonda.  The majority of his career was with Chinet in Waterville, Maine as Credit Manager where he retired. He was an active member of the Kiwanis in Waterville, was on the Board of Directors for the Waterville Osteopathic Hospital there as was well. On July 9, 1976, he married the former Helen Gammell and they have shared 45 years together.  He enjoyed cross-country skiing, hiking, travelling and fly-fishing.  He was an avid reader – practically reading everything he picked up! He was adoring to Helen and his kids and step-kids always brought a smile to his face.  His was especially proud of his grandchildren and great-grandchildren.  Winters were kept in Gulf Port Florida where he again was on a Board of Directors, this time for the residential park where they lived.  He and Helen have lived in Monroe since 2001 and belonged to Corpus Christi Parish.  Bob was very spiritual and had the gift of always finding pleasure in the moment and counted his blessings.

He was predeceased by his daughter-in-law: Lynn Laberge, step-son: Michael Douglas, son-in-law: Lee Smith and his sisters: Elaine and Madelene.

A Mass of Christian Burial will be celebrated at 11AM on Monday, July 12, 2021, at St. John the Evangelist Church, on Winter Street in St. Johnsbury, with Rev Fr. Lance Harlow as celebrant.  Burial will immediately follow at the North Cemetery in Monroe, NH.

Friends may call on the family from 4-6PM, Sunday July 11th at the Sayles Funeral Home, 525 Summer Street in St. Johnsbury, VT.

The family would like to give special thanks to North Country Home Health & Hospice, especially Haley, Anita and the triage team.

To order memorial trees or send flowers to the family in memory of Joseph Laberge, please visit our flower store.