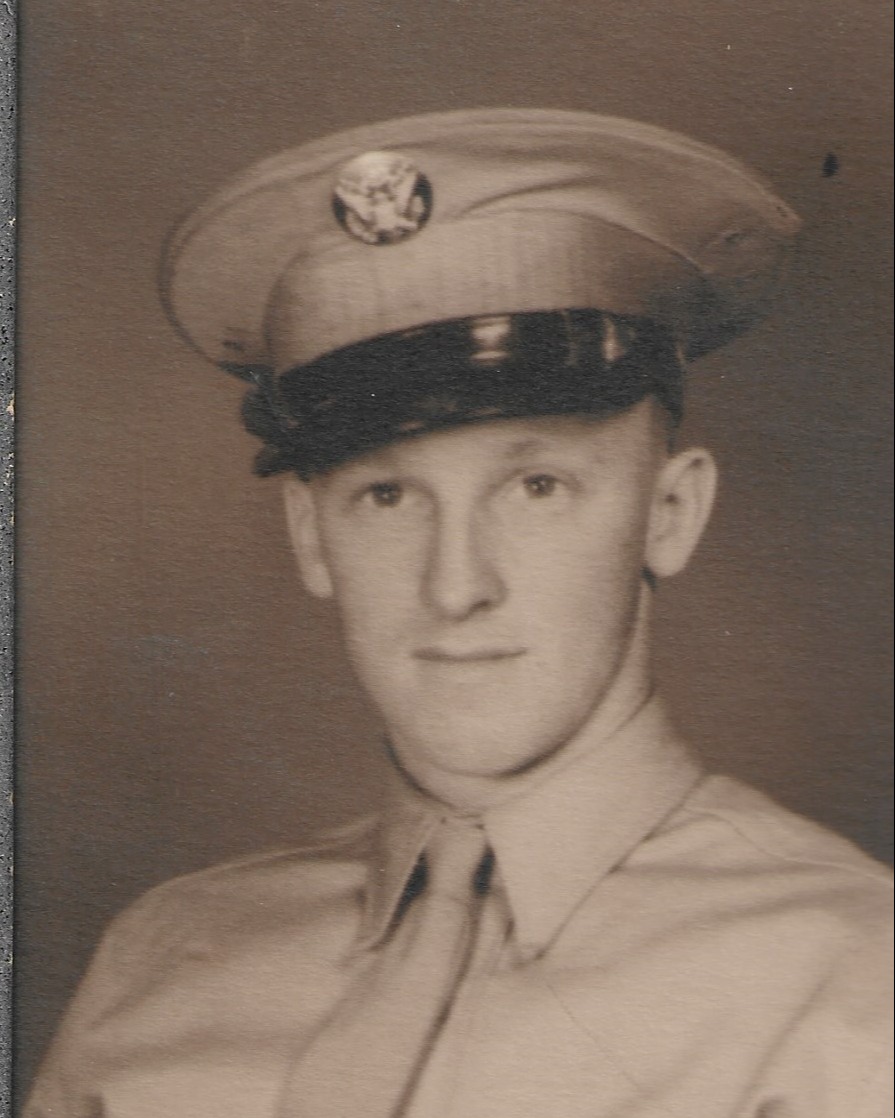 Kenneth Howard Barrett, age 96, died at the Union House Nursing Home in Glover, VT, on Friday August 26, 2022, where he had resided the past 3 years.

Ken was born in St. Johnsbury, VT on January 18, 1926, one of 15 children to the late Clarence Hayward and Josephine (Ferris) Barrett. A good part of his childhood was spent growing up in Waterford on the farm.  He was a proud WWII veteran serving in the U. S. Army from 1943-45 in the European Theater with the 100th Infantry Division, 397 Company B as squad leader. Ken fought the Battle of the Bulge, the Battle of the city of Bitche, France, and his company fought twice to conquer Stuttgart, Germany.

In 1946, Ken married Helen Frances Bullock and shared 73 years together until her passing on June 6, 2019.  They were members of the Union Baptist Church. Ken spent a term as a selectman for the town of Sutton and 25 years as a Deputy Sheriff for Caledonia County. Ken was also a life member of the DAV and the VFW.  He was also a member of the American Legion. He worked as manager running the King George farm, retiring after 30 years.  Kenneth enjoyed deer hunting and was an all-around outdoorsman.  He logged for many years and just enjoyed working.  Sugaring season was a highlight every year and he enjoyed working on vintage tractors.  Ken loved God, his country and his family.  He was proud of all his family.

He was predeceased by 13 siblings, his son-in-law: Bob Crepeault and great-grand-daughter: Prezlie Newland.

In honoring Ken’s request, a private burial will take place at the Riverside Cemetery in Waterford, VT at the convenience of the family. Military honors will be observed for him in recognition of his service.

Memorial donations may be made in Kenneth’s name to the Lyndonville VFW Post #38, 156 Hill Street, Lyndonville, VT 05851.

To order memorial trees or send flowers to the family in memory of Kenneth H. Barrett, please visit our flower store.
Send a Sympathy Card