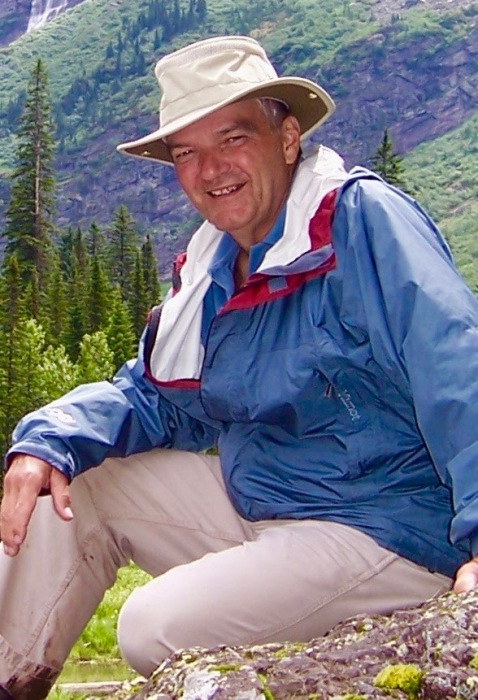 Kerry Keenan passed away at his home surrounded by his family December 7, 2018 following a rapid decline with dementia at the age of 73. He was the son of Hazen and Mabel Keenan, born January 3, 1945. He joined an older brother, Kevin. He was educated in the St. Johnsbury school system and graduated from the Academy in 1963 where he met his future wife Jeannette Dunn. He enlisted in the Army and was in the Army Security Agency serving a 13 month tour of duty in Korea. Upon his return he and Jeannette were married and moved to Warrenton, Virginia where he served his remaining service time at Vint Hill Farm Army Base. Here his first son, Michael was born.

Following his discharge the family returned to St. Johnsbury where while working full time as a yard clerk for the Canadian Pacific Railroad and part time for Hovey's Shoe Store he enrolled at Lyndon State College with the help of the GI Bill and obtained a degree in education. During that time his second son, Ken was born. In 1973 he began his teaching career as an English teacher at St. Johnsbury Junior High a month after his daughter, Mimi was born. For the next 37 years with the exception of three years when he was Assistant Manager at Hovey's Department Store, he held positions as a teacher, Career Education Coordinator, teaching principal at Portland and Arlington schools, assistant Superintendent and Middle School principal all in the St. Johnsbury School District. He ended his career as principal at the Barnet School. During these assignments he earned a Master's Degree at Lyndon State College and a Certificate of Advance Studies at the University of Vermont. He served on many committees and was particularly fond of his work as secretary and later Chair of the Vermont Local and Regional Standards Board for the Northeast Region.

As passionately involved as he was in his career in education he was equally committed to his family. The quality of time spent with his wife, children and grandchildren was truly remarkable and created many precious memories that will last a lifetime.

He was an active member of North Congregational Church serving on many committees including being a deacon for nine years. He was part of the merger that brought North and South Churches together to form the United Community Church.

Compassion, kindness, fairness, integrity, collaborative leadership, being totally dedicated to serving the best interests of his students and having a passion and pride in his family sum up the great human being Kerry was and he will be greatly missed.

He was predeceased by his parents, Hazen and Mabel Keenan, his brother Kevin, his mother-in-law Rita Dunn and a sister-in-law Marie Holden.

He is survived by his wife Jeannette, his children Michael and wife Melanie and their children Ethan, Emily and Noah from Wasilla, Alaska, his son Ken from Livingston, Montana and his daughter Mimi and husband Shawn and their children Shea and Kaylee from Lyndonville. Also, his brother-in-law Al Dunn, sister-in-law Suzanne Dunn, step mother Annette Keenan, Aunt and Uncle Al and Bev Acker, many loved nieces, nephews, cousins and cherished friends Jerry and Jean Fournier.

In lieu of flowers donations to the Caledonia Home Health Care and Hospice, 161 Sherman Drive, St. Johnsbury, Vermont 05819 would be appreciated. People attending calling hours and the service are invited to bring a jar of peanut butter and/or jam to be donated to H.O.P.E.'s Back Pack Program.

To order memorial trees or send flowers to the family in memory of Kerry Keenan, please visit our flower store.