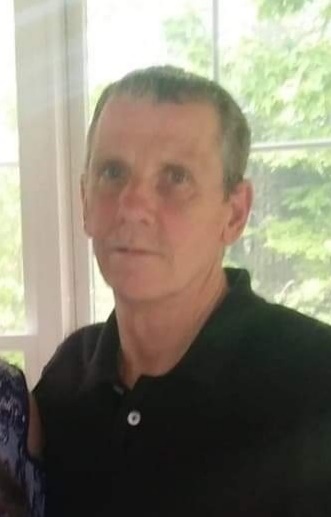 St. Johnsbury, VT: Kevin C. Palmer, age 59, of Lafayette Street, died with family beside him at the St. Johnsbury Health and Rehabilitation Center on Saturday, June 22, 2019, following a struggle with cancer.

Kevin was born in Milford, CT, on December 14, 1959, son to the late John Joseph Sr. and Marian Elizabeth (Hart) Palmer.  He was raised and educated in Milford, graduating from Jonathan Law High School in the Class of 1977.  Kevin worked in the hospitality business in one shape or form over the years as a cook, a bartender or simply helping those that needed it.  He was the one who didn’t question as to whether to stop and give assistance, there was no question.  He had a great sense of humor and would not want for others to be sorrowful at his passing but to celebrate the life he lived and remember that humor. He spent most of his life in the Milford area moving to the Northeast Kingdom of Vermont in 2004 where he learned how to make maple syrup and still sugared this past year. He loved his big sports: basketball, baseball, football and hockey and was happy to sit down a play a game of cribbage.  Kevin will be dearly missed by all that knew him.

He is survived by his daughter: Mya Cassidy Palmer-Ely; his siblings: Deborah Palmer of North Haven, CT, John Palmer, Jr. of Milford, CT, Michael Palmer also of Milford, David Palmer of South Miami, FL, Dawn Palmer of Middletown, CT; his brothers-in-law: David Gordon of N. Walpole, NH, Bruce Sparks of North Haven, CT; and a large extended family.  The family wishes to thank his close friends here who have helped and given their unfailing support for Kevin in these recent days and months, Mark and Deb Savany of St. Johnsbury and Leo and Christine Denby of Lyndonville, VT.

He was predeceased by his sister: Mary Beth Gordon

There will be no calling hours at this time.  A Celebration of Kevin’s Life will be planned in Connecticut at a later date.

To order memorial trees or send flowers to the family in memory of Kevin Palmer, please visit our flower store.