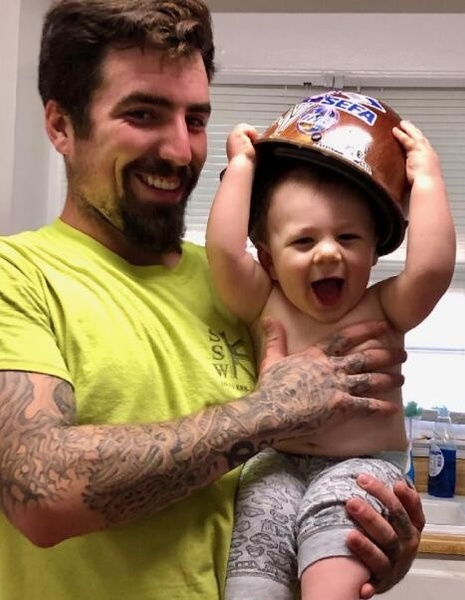 Kyle was born in Woodsville, NH on February 29, 1992, to Paul and Jessie (Stapelfeld) Lamarre. He graduated from St. Johnsbury Academy, Class of 2010 and then attended the Advanced Welding Institute in Burlington, VT. He was a dedicated employee with strong-minded goals and a love of his work. As a steelworker, Kyle was very well-traveled to wherever needed, to do the toughest jobs for as long as it took. (seven 12’s)

Family was Kyle’s first love. On September 6, 2018, Kyle welcomed the light of his life into the world when his fiancée Jenn Robinson gave birth to their son Levi James. A love that will live on. Kyle was a loyal friend who connected on levels that most people couldn’t, which made him special to those that knew him well.

Services will be private.

In lieu of flowers, donations to a Trust Fund for Levi Lamarre can be sent to Community Bank, 481 Portland Street, St. Johnsbury, VT 05819 (formerly Merchants Bank). Cards and donations to the fund can also be sent directly to Paul and Jessie Lamarre (130 Union Street, St. Johnsbury, VT 05819) or Jenn Robinson (9610 Raucourt, Charlotte, NC  28215).

To order memorial trees or send flowers to the family in memory of Kyle Lamarre, please visit our flower store.