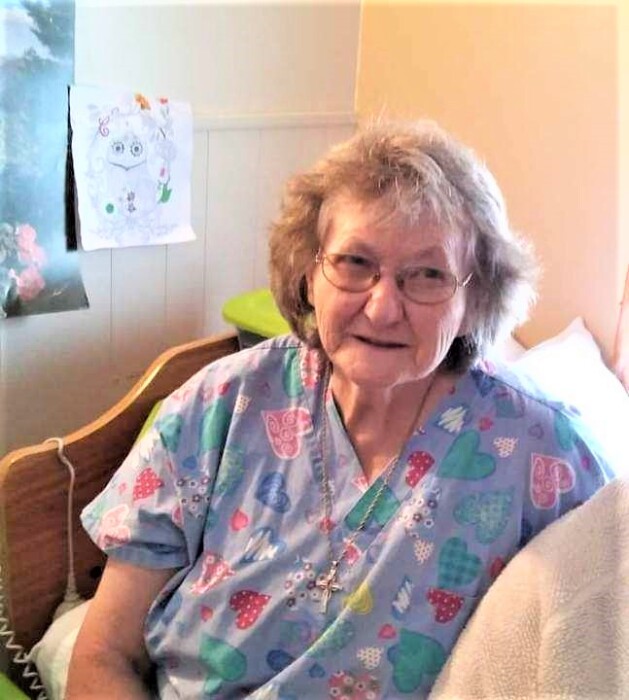 Lemira Linda Perry, age 71, of Morey Road passed away at the Pines Nursing Home in Lyndonville, VT, on Tuesday, September 28, 2021 following a battle with dementia.

Linda was born in St. Johnsbury, VT, on February 5, 1950, daughter to the late Joel Albert and Lillian Bell (Scott) Roberts.  She grew up in Alaska and Newport Center VT and later in the Stark District of St. Johnsbury attended local schools and graduated from the St. Johnsbury Academy in the Class of 1968.  She worked at Sweetheart Plastics in Manchester, NH, Hitchner’s in Littleton and later at Precision Metal in St. Johnsbury.  Linda enjoyed wildlife and all animals, loved kids and they just loved her right back wholeheartedly.

Linda is survived by 2 sons: William of Epsom, NH, Elmer of Lyndonville, VT, 7 siblings: Robert of Berlin, NH, Betty Jean Carter of Claremont, NH, Alan of Ascutney, VT, Gilbert and his wife, Linda, of St. Johnsbury, Eugene of MA, Alden of NM, Alicia Kelly of NY, several grand and great-grandchildren and many cousins, nieces and nephews.  She was predeceased by her son: Richard Butchie Perry in 1981, and 3 siblings: Joel Jr., Roger and Annabell Ricker.

A Graveside Service will be held at 1PM on Saturday, October 9, 2021, at the Sr. J Center Cemetery.  There will be no calling hours.

Memorial donations may be made to the Riverside Pet Rescue, 236 Riverside Ave, Lunenburg, VT 05906.

To order memorial trees or send flowers to the family in memory of Lemira "Linda" Perry, please visit our flower store.