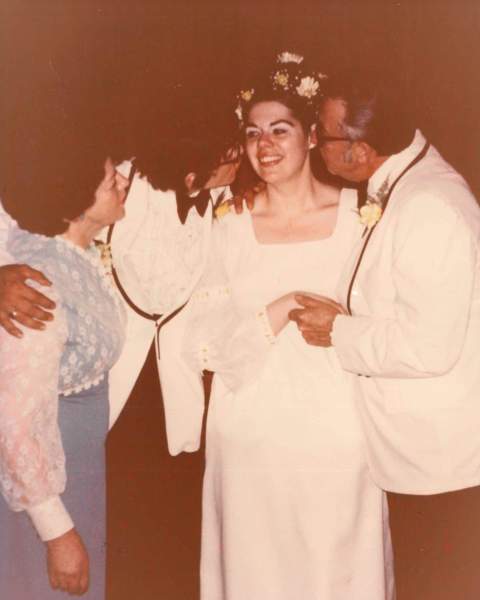 Lianne was born in St. Johnsbury, VT, on June 2, 1945, daughter to the late Leighton Patrick and Evelyn (Davio) Bradley. She was raised and educated in St. Johnsbury attending St. Mary’s Catholic school and finishing at St. J Academy in the Class in 1963and continued to Beauty College.  Lianne married Gerald on April 27, 1974, and shared 42 years at the time of his passing on November 21, 2016.  She worked as a beautician and then as a homemaker raising her family until the children were in school.  Lianne became a paraeducator in the Concord schools for over 20 years retiring in 2007.  She enjoyed gardening, watching tv, singing- she was always singing, spending time with the grandkids and hanging out with the dogs.

Lianne is survived by her 3 children: Jillian Hopkins of Littleton, NH, Patrick Hopkins and his fiancé, Jody Drown, and Riley Hopkins, all of E. St. Johnsbury, 4 grandchildren: Maddison Gray, Raven Crown and her partner Robbie Bellerose, Lucan & Kian Hopkins, 2 step-grandchildren: Brandon and Rylee Drown and 1 great-grandchild (on the way) Coleson. She is also survived by her very close friend, Shirley Johnson, of St. Johnsbury.

A private burial for both Lianne and Gerald will take place in the spring of 2023 at Mt. Calvary Cemetery in St. Johnsbury. Military honors will be observed for Gerald.

To order memorial trees or send flowers to the family in memory of Lianne Evelyn Hopkins, please visit our flower store.