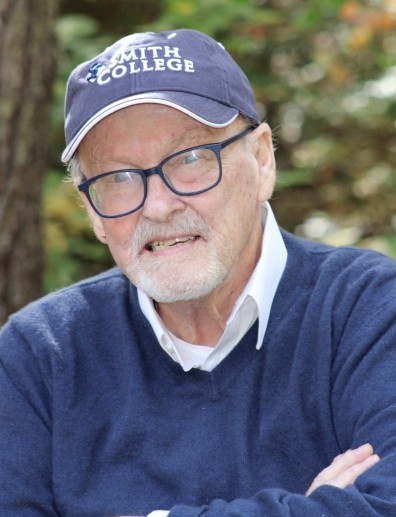 Haverhill, NH: Loren D. Phelps, age 79, of Lincoln Way, passed away November 1, 2021, unexpectedly at Dartmouth Hitchcock Medical Center in Lebanon, NH, with Johnna Herrick-Phelps and their daughter Grace Phelps by his side.

Loren was born in Lancaster, NH, on January 17, 1942, son to the late Robert Julius and Doris Una (Stevens) Phelps. He grew up in St. Johnsbury and graduated from the St. Johnsbury Academy with the Class of 1960.

At the age of 18, he started his music business that quickly grew to employ more than 65 people. With a fleet of 17 trucks, his business sold and delivered vinyl albums, cassettes, and eight track tapes to more than 1000 grocery, drug, and hardware stores in New England, New York, and Pennsylvania.

During his lifetime, Loren Phelps owned more than 30 music, retail, and jewelry stores all of which employed more than 3,500 people. He also managed his own record label, Loren Records, that created several Francis Colburn humor records as well as other recordings.

A musician himself, Phelps managed 2 eighteen piece big bands and a brass quintet in St. Johnsbury. The bands played through a wide swath of Vermont and New Hampshire and once played a benefit concert with Bob Hope. Phelps was a member of the Dartmouth Symphony and for many years was a trumpet soloist at local churches.

Phelps was a 45 year Rotarian and 50 year member of the Elks Club. He was also the first recipient of the state of Vermont’s  award for best small businessman of the year. He also served as  president and a founding member of the St. Johnsbury Academy Alumni Association.

In St. Johnsbury, he spent 7 years in town government as a selectman and chairman of the planning board through which he helped lead the effort to establish the St. Johnsbury Recreation Program.

During retirement, he loved spending time with family and friends at his camp; the Cat Bow Bog Gun Rod and Whiskey club and cherished his afternoon drives in his 1954 Willys jeep with Johnna and Grace.

Services will be held at 3PM on Saturday, November 6, 2021, at Grace United Methodist Church in St. Johnsbury.  Calling hours will be held from 6-8PM Friday evening at the Sayles Funeral Home on Summer Street in St. Johnsbury. The family requests that guests please wear masks for both events. Livestreaming is planned at www.facebook.com/stjgracechurch/videos

To order memorial trees or send flowers to the family in memory of Loren Phelps, please visit our flower store.