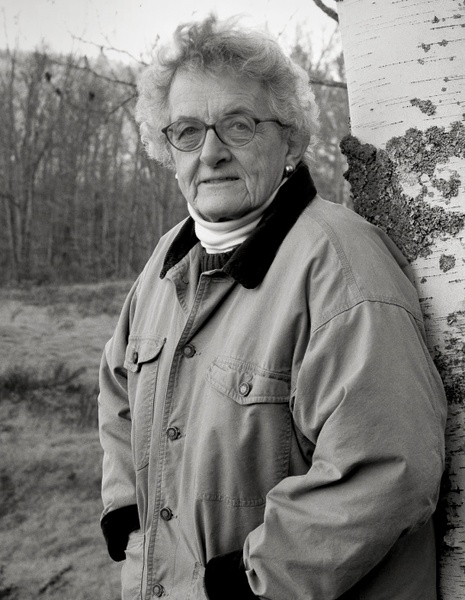 Lorette Elise (Carreau) Desrochers, 92, of St. Johnsbury, VT, passed away peacefully on June 13, 2019. She was born on Dec. 9, 1926, in St. Johnsbury to Alcide and Marie Rose (Marois) Carreau. She was raised on the family farm in the Spaulding District of St. Johnsbury.

In 1951, Lorette married Francis J. Desrochers, and they enjoyed 45 years together until his passing in 1997. Together, they raised six children and operated Desrochers Pharmacy on Main Street. She managed many aspects of the family business, including bookkeeping, cooking lunch specials for the soda fountain, and making the baked goods for the drugstore. She worked at the Passumpsic Bank before getting married and worked at the Citizens Bank after she and Francis sold the drugstore.

Even with the chaos of children and the business of the drugstore, Lorette found time to volunteer and give back to the community that meant so much to her. She loved promoting St. Johnsbury whether through her time volunteering at the Visitor's Center, the Fairbanks Museum Welcome Desk, or keeping the town gardens weed-free and attractive. Frequently, Lorette would bring home stranded tourists, providing bed and breakfast in her home. She often stayed in touch with those travelers over the years, as she was a devoted local good-will ambassador. Lorette also served as a court translator and Guardian Ad litem, assisting those with little voice and especially advocating for the elderly who were alone and without family. She helped balance checkbooks, provide transportation to appointments, and visited many who were in the hospital or nursing homes. Lorette was a longtime member of St. John the Evangelist Catholic Church where, among other things, she frequently sang in the funeral choir.

Lorette graduated from St. Johnsbury Academy, class of 1945. She served as Class Secretary and hostess to many reunion gatherings. She also gave time to the Alumni Office, served on the Alumni Council and rode herd over groups of freshmen students working in the gardens of St. Johnsbury during student volunteer day. It was during this time that many of those students learned about hands-on work ethic and caring for one's community.

Recognizing the volunteer service Lorette so generously gave over the years, she received the Northeast Kingdom Chamber of Commerce Volunteer of the Year Award, she was honored as a Fairbanks Museum Fellow, and St. Johnsbury Academy recognized her with the Northeast Kingdom Service Award.

From teaching woodcarving, to organizing classes at the Passumpsic Valley Guild, to quilting, rug braiding, sewing, and knitting, there are lots of places where one can find examples of Lorette's handiwork. The time she spent with her sewing and quilting groups gave the creative time she desired while also providing the opportunity to catch up with dear friends and whatever the news of the day might have been. She was enthusiastic about her daily walks around town, and in 2007, she received the Healthy Aging Vigor and Vitality Award from Governor Jim Douglas.

Visitation will be at Sayles Funeral Home, 525 Summer St, St. Johnsbury, VT on Monday, June 17th, 2-4 pm, and 6-8 pm. A Funeral Mass will be held at St. John the Evangelist Catholic Church on Tuesday, June 18th at 11:00 am. Burial will be at the convenience of the family. Cards for the family may be directed to Mark Desrochers, 72 Clarks Ave, St. Johnsbury, VT 05819.

The family would like to thank the staff of The Canterbury Inn for the care provided to Lorette for the past four years and to the team at NVRH for making her last days peaceful and comfortable.

In honor of Lorette's love of gardens, you could plant something in her memory that will make your piece of the world a more beautiful place. And always be prepared to make a casserole for a friend (or a stranger) in need.

To order memorial trees or send flowers to the family in memory of Lorette Desrochers, please visit our flower store.