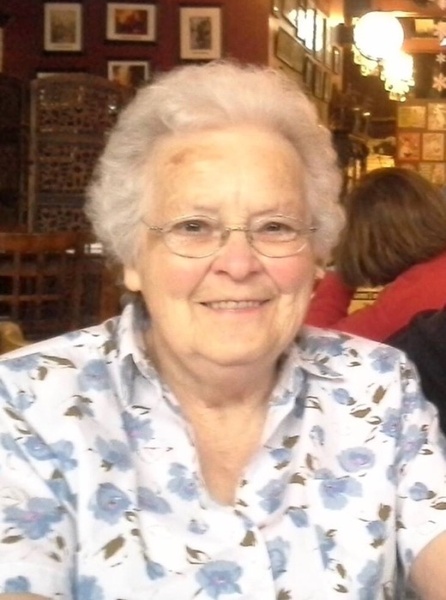 Lorraine was born and raised in East St. Johnsbury on November 7, 1928, to Ellery M. and Mamie L. (Guyer) McGinnis.  She attended local schools, graduating from St. Johnsbury Academy, Class of 1945 and worked for a time at Glovers.  On October 29, 1950, Lorraine married Sherwood “Bill” Robinson. The couple moved to Graniteville and began raising their family.  Lorraine and Bill shared nearly 65 years together until Bill’s death in 2015.

Once the children started coming, Lorraine’s first priority was raising her family and being a fabulous mom.  She was the family historian recording the births, marriages, and deaths in a calendar book. Lorraine loved being outdoors, whether in her flower garden or camping.  She was a member of the Kingdom Kampers. She was ahead of her time when it came to the couponing craze.  Her cupboard contained many a Campbell’s can with no label and the family took a vacation or two on what she saved.  Lorraine was a member of the East St. Johnsbury Congregational Church until moving to Graniteville, where she joined the Graniteville Presbyterian Church.  She belonged to the church Women’s Guild, serving as treasurer for many years.

Lorraine was predeceased by her husband: Bill Robinson; sisters: Pheobe Audette and Doris Stowell; a brother: Ronald McGinnis; an infant son; and a grandson: Christopher.

A graveside service, officiated by Rev. Ann Hockridge, will be celebrated on Tuesday, July 23, 2019, at 11:00 AM at Grove Cemetery in St. Johnsbury, VT.

In lieu of flowers, memorial donations can be made in Lorraine’s name to the Third Congregational Church,  c/o Rev. Ann Hockridge,  PO Box 312, Sheffield, VT 05866.

To order memorial trees or send flowers to the family in memory of Lorraine Robinson, please visit our flower store.