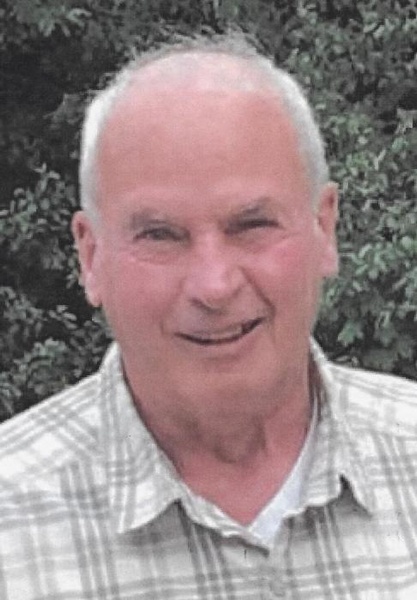 Lucien A. Belanger, 78, of Sutton, VT., passed away at Northeastern Vermont Regional Hospital on July 25th with his beloved family by his side.  He was born to Alfred Belanger and Edourdina (Paquette) Belanger in East Berkshire, VT where he grew up with his sister and three brothers.

Lucien graduated from Richford High School in 1959, married Beverly May Smith of West Fairlee, VT on September 1, 1962, and graduated from Lyndon State College in 1963.  He began the first year of his teaching career in Canada, then several years as a teacher/principal in Sheffield followed by many years at Sutton Village School finishing with four years at Lyndon Institute to complete his retirement.

Lucien and Beverly purchased their Sutton farm in 1970, remodeling it for a small dairy herd of 65 cows.  With the help of their three sons, they made their own hay and shipped milk until October of 2011, winning Gold Certificates of Quality every year.

Lucien enjoyed making maple syrup.  He and his three sons began sugaring with shallow pans and buckets in an old shack far into the woods.  With the help of brother-in-law, David H. Smith, they built a sugar house close to home, installed modern pans and a pipe-lined sap system.

Over the years, Lucien like playing badminton and horse shoes but recently thought “corn hole” was more his speed!  He watched the Boston Red Sox all summer and the Montreal Canadians all winter.  There were always small gardens somewhere.  Every year he cut firewood for his Home Comfort kitchen stove.  He enjoyed good food, BBQ chicken, dining at the Miss Lyndonville and his wife’s French Tourtiere pies.

To order memorial trees or send flowers to the family in memory of Lucien Belanger, please visit our flower store.