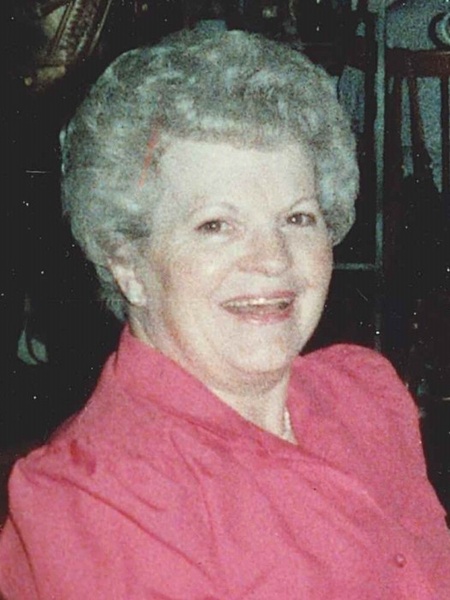 Marie Claire Anita (Marcotte) Paquin, age 95, of St. Johnsbury passed away with her family by her side on Saturday, March 14, 2020, at Maple Lane Nursing Home in Barton, VT.  She received excellent care since 2005 while being treated for Alzheimer’s.  She was born in Fish Bay P. Que Canada on July 22, 1924, the sixth of thirteen children born to the late John Marcotte and Melvina (Steban) Marcotte.  Joe and Claire married in October of 1944 and celebrated their 66th Anniversary in October 2009.  They emigrated to this country on December 7, 1951 and on May 1, 1959, became proud naturalized citizens.  They enjoyed spending time at their camp on Joe’s Pond sharing good times with family and friends.  Claire enjoyed travelling to Portugal, Canada, Hawaii, and New England.  She was an excellent cook, seamstress and in her spare time enjoyed playing Bingo.  She was a past member of the Emblem Club and a devout Catholic at St. John the Evangelist Church.  She worked very hard to provide for her family, was a wonderful wife, mother, grand- and great-grandmother, and will be greatly missed by all her family and friends.

To order memorial trees or send flowers to the family in memory of Marie Claire Paquin, please visit our flower store.