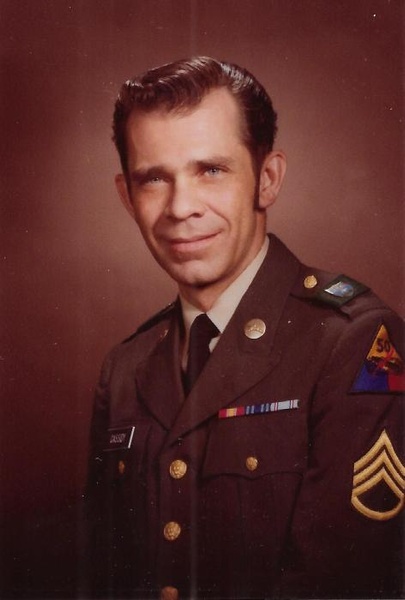 Sgt. 1st Class (Retired) Martin Herbert “Marty” Cassidy, of Bear Hollow, passed away at his home at the age of 78, on Tuesday, September 18, 2018.  He was born to the late Raymond and Lila (Sherburne) Cassidy in St. Johnsbury, VT, on August 13, 1940. Martin attended local schools and graduated in the Class of 1959 from St. Johnsbury Academy where he excelled in playing varsity football.  Upon graduation, he enlisted in the U.S. Air Force serving his country from 1959-63.  In 1964, he followed in his father’s footsteps training as an apprentice bricklayer.  By 1968, he became a 3rd generation journeyman bricklayer working alongside his father on numerous projects. In 1966, he met his bride-to-be, Claudette (Paquin) and after a three year courtship, married on May 3, 1969, the same day as his parents; they were married for 49 years. From 1972-2000 he was in the Vermont Army National Guard serving in the 186 Aviation Unit from Burlington, VT, also the 1/172 Armor Unit out of Lyndonville VT, COD, and the 1/172 Armor Unit in Newport, VT, COD.  He most enjoyed being in the tank division, beginning with the M48-A1 Combat to the modern Abrams tank.  He was awarded the Army Achievement Medal and proudly served for 28 years.

Martin took great pride in his masonry trade and enjoyed it as a working art.  He worked throughout the Northeast Kingdom, Burlington, VT, New York and New Hampshire.  Some of his memorable projects included Northeastern Vermont Regional Hospital with his father, St. Johnsbury Academy Arts Center and later the library, Price Chopper and Littleton Regional Hospital.

Before his retirement in 2009, he worked on the United States Customs building in Richford, VT.  Marty’s enjoyment included hunting, fishing, spending summers at the Lantern Resort campground in Jefferson, NH with family and friends. Other passions included canoeing, gardening and watching the history channel.  Martin was a man of few words; when he did speak everyone listened.  He was a big part of his wife’s life.  Martin was a very loving, caring and giving husband making sure his wife was well provided for.  He will be greatly missed by his wife, nieces, nephews and friends.

He is predeceased by all his family.

Visiting hours will take place at the Guibord Funeral Home on Monday, September 24, 2018 from 1-3PM and will conclude with a short prayer service. A graveside service at Mount Calvary Cemetery in St. Johnsbury, VT with military honors will be announced at a later date.

Memories and condolences may be share with the family at www.guibordfh.com.

To order memorial trees or send flowers to the family in memory of Martin Cassidy, please visit our flower store.