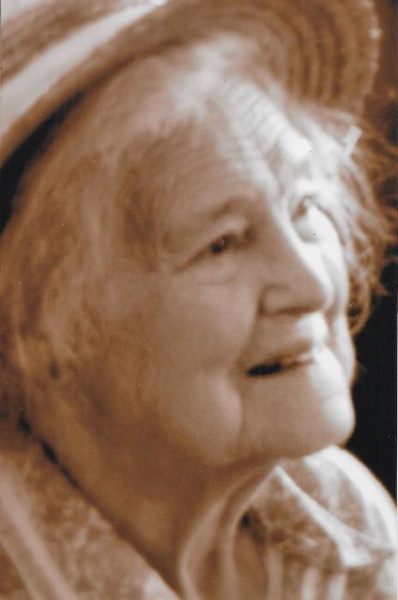 Mary Jane was born in Worcester, VT April 17, 1921, daughter of the late George Edson and Nellie May (Wheelock) Hathaway.  She graduated from Montpelier High School, Class of 1940 and in 1942 married Eugene Sheldon Smith.  They began their marriage in Charlestown, NH until the 1948 purchase of property and home on Middlebrook Road in West Fairlee.

Eugene and Mary Jane enjoyed walking through their woodland, trout fishing, deer season, making maple syrup and tending their vegetable garden together.  They raised laying hens, selling fresh eggs to the summer camps on Lake Fairlee and shipping cases of eggs to a Boston Market.  For many years she employed as head cook at Camp Wyoda on Lake Fairlee.

Mary Jane began as a homemaker, was a very active supporter of the West Fairlee Center Church and Community Club House, West Fairlee Vol. Fire Department, was a 4-H Leader and served on the Cemetery Commission.  She knit countless mittens and hats for the school children plus “prayer shawls for shut-ins.”  Since the passing of her beloved husband in 1986, she has donated children’s books to the West Fairlee Elementary School Library every year in his memory.  She was very artistic, making unique Christmas ornaments, quilts, braided rugs, woven baskets and caned chair seats.  Her flower gardens were lovely.  Indoors she grew African Violets and Orchid Cacti.

Deer season was a wonderful time for her because her son, David and grandsons would move in for a week or more to go hunting.  She loved a house full of hunters, deer stories and deer photos.  Mary Jane’s only son, David Hathaway Smith, of Sutton, VT passed last March 23, 2018.

Memorial contributions may be made to a charity of your choice.  Memories and condolences may be shared with the family at www.guibordfh.com.

Funeral arrangements are entrusted to the care of Guibord-Pearsons Funeral Home, Lyndonville, VT.

To order memorial trees or send flowers to the family in memory of MaryJane Smith, please visit our flower store.