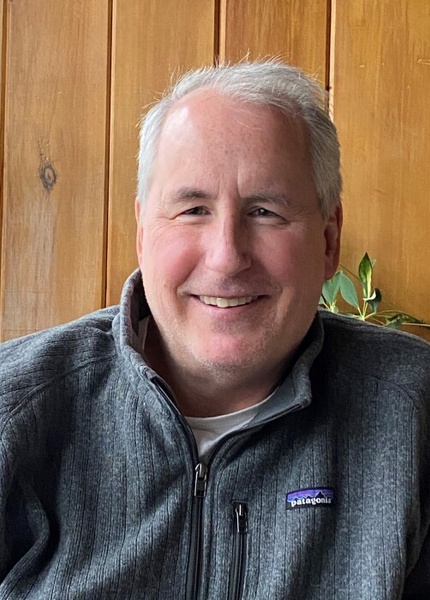 Michael Joseph Counter, age 62 of Barnet VT, passed peacefully into the arms of the Lord on Wednesday, December 8, 2021 at home after a courageous three-year battle with cancer.  He was surrounded by his adoring wife Heather and loving teenage daughters, Alexa and Emily.

Michael was born in Holyoke MA to Joseph Patrick Counter and Mary Julia (Garbacik) Counter.  He graduated from Holyoke High with the Class of 1977.  Michael's path from there was nontraditional. Moving to Cape Cod and spending several years there working as a waiter and enjoying his youth, his love of learning and drive for continuous personal improvement called him to pursue further education on and off for a number of years. He earned degrees from Cape Cod Community College, then Westfield State College, culminating with his MBA at UMass Amherst in 2010.

Michael had a passion for business and found joy in helping others.  The two merged beautifully in his final career move to North County Home Health and Hospice Agency. There, he held the positions of President and CEO, and achieved great success merging and financially fortifying two home health and hospice agencies to ensure continued availability of hospice care to 48 communities in northern New Hampshire.

In his free time Michael enjoyed golfing, kayaking, hiking (especially in winter), riding his e-bike, and reading.  He acted in a few plays at the Old Church Theater in Bradford and had recently taken up painting lessons - always expanding his horizons, learning, and trying new things.

Highlights of his life included backpacking through Europe, a summer in Ireland, a small role in The Cider House Rules alongside one of his all-time favorite actors Sir Michael Caine, beach vacations, and time with his family – his driving force of whom he was exceedingly proud.

Michael's biggest regret was that he'll be unable to see his daughters graduate from high school and college, get married, or show them the world as he'd intended. He specifically encouraged everyone to go for annual physicals and for men to get their digital rectal exams. Had he taken the time for this, his cancer would have been caught sooner, and he may well have had more time.

A service will be held at the Barnet Village Church on Saturday, December 18 at 2:00 pm. The family kindly asks that those attending Michael's service remain masked and bring proof of vaccination.

To order memorial trees or send flowers to the family in memory of Michael Counter, please visit our flower store.