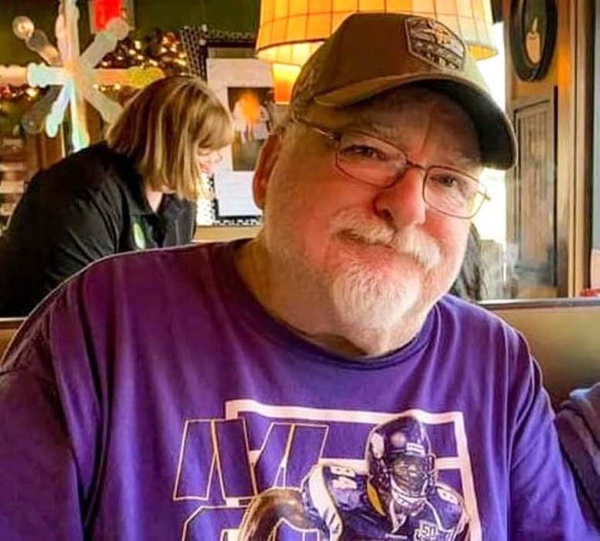 Newark, VT: Michael Leo Giguere, age 72, of Island Pond Road, passed away peacefully in his sleep January 2, 2020, at his home.

Michael was born on February 15, 1947, in St. Johnsbury, VT, son to the late Leo and Ernestine (Miller) Giguere.  He was raised and educated in St. Johnsbury graduating from the Academy in the Class of 1965.  He married Claudia Cross on January 16, 1971, and shared almost 50 years together.  They made their home initially in Meriden, CT, where he worked for West VaCo during the 1970’s and early 80’s until moving to Morgan, VT.  Mike trained as a machinist working in Newport and took his trade to NSA in Lyndonville for the next 35 years.  He and Claudia have lived in Newark for the past 32 years.  He loved his sports, especially the Minnesota Vikings, the Patriots, Red Sox and NASCAR.  Mike also enjoyed spending time throughout the years at the local race tracks in the Northeast.  He was a great one for gadgets around the home and enjoyed using them all. He will be dearly missed by all who knew him.

He was predeceased by mother and father-in-law Wyman and Joyce Cross and infant grandchild, Bentley Layne.

A Graveside Service will take place in the spring-time at the Pleasant Hill Cemetery in Newark. There will be no calling hours.

To order memorial trees or send flowers to the family in memory of Michael Giguere, please visit our flower store.