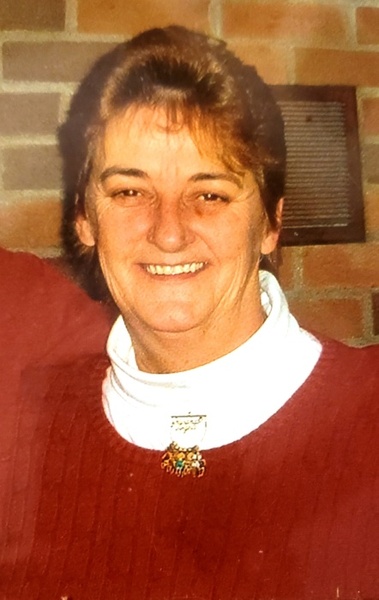 Muriel Jean (Taylor) Heywood, 64, of High Street in St. Johnsbury, Vt. passed away on Wednesday evening, February 13, 2019, at Dartmouth Hitchcock Medical Center with her family by her side.

Muriel, known affectionately as Jeannie, was born on July 23, 1954, in St. Johnsbury daughter to Floyd E. and Muriel G. (Mackay) Taylor.  She was raised and educated in St. Johnsbury. As a young girl she waitressed with her mother at Talk of the Town. She also worked at Palmer Brothers and Bacon Jug Co., but her most recent work was driving for RCT, this work was her passion in life.  On April 4, 1989, Jeannie married the love of her life Myron Dee Heywood sharing 30 years with him.

Jeannie enjoyed Bingo, bowling with the Friday night league at Gold Crown Lanes, and scratch tickets, many, many scratch tickets.  She also liked trips to casinos – from Connecticut to Montreal, Maine, New York, and Arizona.  She loved riding on the motorcycle with Myron and spending time with her grandchildren and great-grandchildren and the many other children that came in and out of her house. She was especially close to her pride and joy, the first born grandchild, Nykiah, even when they were fighting.

Jeannie was predeceased by her parents Floyd and Muriel Taylor, a brother: David Taylor; and a great-grandson: J.J. DeBois as well as her in-laws Wayne and Della Heywood.

A funeral service officiated by Ann Hockridge will take place on Monday, February 18, 2019, 1PM at Sayles Funeral Home, 525 Summer Street in St. Johnsbury, VT.  Friends may call on the family from 11AM until the time service.

Private burial in the spring at Mt. Pleasant Cemetery for the immediate family.

To order memorial trees or send flowers to the family in memory of Muriel Heywood, please visit our flower store.