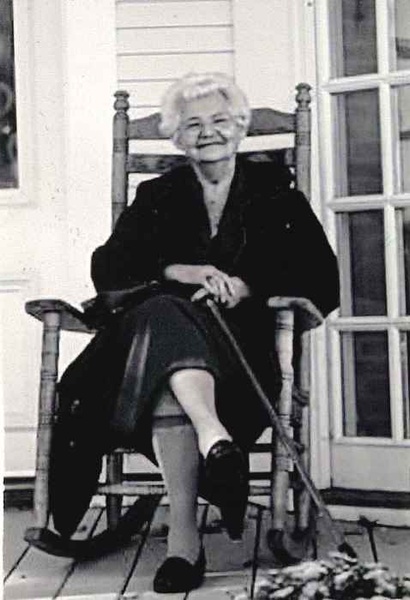 On Sunday, August 12, 2018, Muriel G. Noble Pelletier, age 91, passed peacefully after a brief stay at the Jack Byrne Center for Palliative and Hospice Care at Dartmouth.

Muriel was born November 21, 1926 to John and Ena Noble.  She was the youngest of twelve children, ten boys, Leon, Harold, Bill, Clyde, Kenneth, Orbert, Eugene, Elmer, Walter, and Wesley and only two girls, she and her sister, Kathleen.  All predeceased her.  She grew up in North Concord and attended school there.  After leaving school she helped various neighbors until she was old enough to get a job at Gilman Paper where she worked from 1945 until 1960.  It was there she met Gerard Pelletier; they married in 1948 and built a house across from the family home in North Concord.  She made the only move of her lifetime to the home she lived in until her death.

She had three daughters, Sharon Payeur (Bob), Delima Daugirda (Jon), and Deenie Sargent (Donald) and was stepmother to 7, Gloria, Shirley, Edward, Dottie, Josephine, Jerry and Gary. She had a very close relationship with Ed’s wife, Corene, and always considered her a daughter too.

She spent many hours caring for grandchildren and later great grandchildren.  She loved spending time reading, gardening, crocheting and most of all “sewing”.  She embroidered many beautiful pieces for family and friends.  She was Episcopalian, but when circumstances made it impossible to get to those services she often attended the Catholic Church with a close friend and neighbor.  Her neighbors and friends were treasured, but none so much as the family.  The grandchildren, Pennie, Nicki, Jason, Jeremy, Tom, Adam, Matt, and Steve were very close to her, as well as all the step grandchildren particularly Tammy, Tom, Terri, and Tracy.  She had great grandchildren and great-great grandchildren really too numerous to list them all.  Almost all of these relatives as well as nieces and nephews and a few close friends were able to spend time with Muriel at the Byrne Center and she said she felt as if she had been given a great party before she left.  Her great-great granddaughter, Kaylynn, was there too and provided much joy for all.

Contributions in Muriel’s name may be sent to the Jack Byrne Center for Palliative and Hospice Care earmarked for use by the family kitchen.  Online donations can be made at https://dhmcalumdev.hitchcock.org/Byrne-Center-for-Palliative-and-Hospice-Care. Donations can also be sent by mail to Office of Development and Alumni Relations, Attn: Jason Naugler, One Medical Center Drive, Lebanon, NH  03756 with check payable to Dartmouth-Hitchcock Health and with Byrne Center Family Kitchen in the memo line.

To order memorial trees or send flowers to the family in memory of Muriel Pelletier, please visit our flower store.