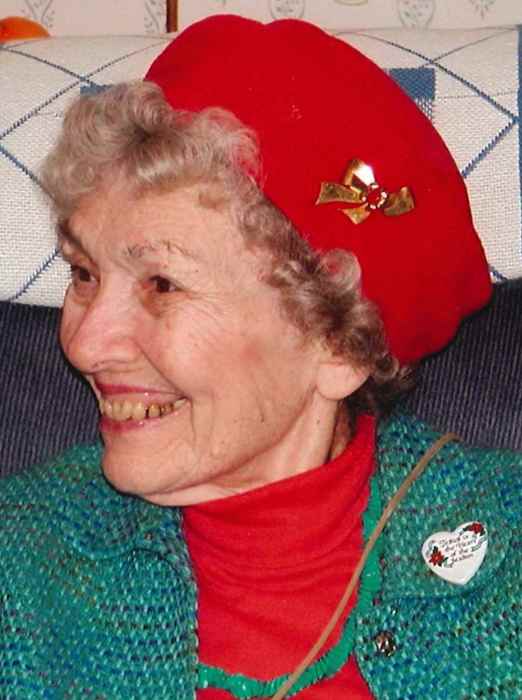 Norma Marie Lynn, age 101, formerly of Pine Street in Littleton, NH, passed away Friday at the Lafayette Center Nursing Home in Franconia, April 27, 2018, with her family by her side.

Norma was born in a farmhouse in Stumpton, Indiana, on October 5, 1916, the third child to the late John S. and Goldie E. (Jackson) Myers. She was raised and educated in Indiana graduating from Wiley High School in Terre Haute with the Class of 1933 and attended business collage in Indianapolis, IN.  She married Arthur F. Lynn on August 20, 1939, who later became an ordained Baptist minister, and shared 60+ years together until his death in February of 2000. The family moved to Chattanooga and Norma attended Tennessee Temple College from 1965-67 completing her degree and later teaching K-Third Grades in Chattanooga, Asheville, NC, Albuquerque, NM and Haines City, FL. Norma was a homemaker, teacher and musician who enjoyed playing piano and was a church pianist for many years where her husband was serving.  In 1991 she moved to Littleton and became a member of the Littleton Bible Baptist Church. She also enjoyed crossword puzzles, basketball games (NBA and WNBA) and loved doing for family members.

She was also predeceased by her brothers: Paul F. and Charles R. Myers.

A Service of Thanksgiving will be held at 1PM on Tuesday, May 8, 2018, at the Guibord Funeral Home on the corner of Main and Center Streets in Lyndonville, VT, officiated by the Rev. Barbara Dwyer.  Burial will take place at the Lyndon Center Cemetery immediately following the service.

Friends may call on the family from 11AM Tuesday morning until the hour of Service at the Funeral Home.

To order memorial trees or send flowers to the family in memory of Norma Lynn, please visit our flower store.