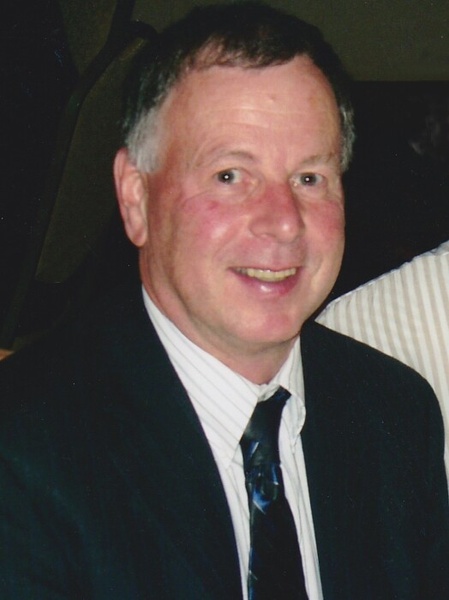 Norman Joseph Brosseau, 74, passed away peacefully on November 28, 2020, surrounded by family at his home in Lyndon, VT, after a brave battle with lymphoma. Norman was a devoted family man, tireless worker, and caring friend who was adored by countless friends and family. His kindness, gentleness, generosity, and humor brought joy to everyone who knew him, and the world is a far better place because Norman was in it.

Norman was born on February 19, 1946, in Hardwick, VT, the thirteenth of fourteen children born to Leonidas and Albertine (Coté) Brosseau. He served in the U.S. Army’s 5th Battalion from 1965 to 1967. Norman married the love of his life, Aline (“Lynn”) Sylvain, in a snowstorm on February 19, 1972, in Montreal. They settled in Lyndon, VT, in 1973, in the house he still called home. He worked for John Deere for twenty-one years and J.A. McDonald for eight years. Norman was a proud member of the American Legion and the BPO Elks Lodge 1343, St. Johnsbury, VT. He also served as a director at the Lyndon Outing Club and enjoyed singing in the choir at Lyndon State College for many years.

Norman spent the majority of his life in the Northeast Kingdom and enjoyed canoeing, biking, snow-shoeing, and cross-country skiing in its gorgeous environment. He also loved spending winters at the beach in Florida with his beloved wife of nearly 49 years, Lynn. Norman was a jokester who could make anyone laugh. He enjoyed gardening, grilling, cooking, playing indoor and outdoor games, fixing things, building things, and making relish and breads with his wife using vegetables from their garden. Norman loved spending time with friends and family, and he took great pride in the accomplishments of his children and grandchildren. He was an adoring grandfather to his “Maine men,” Logan and Mason Emerson.

In lieu of flowers, please consider a memorial donation in Norman’s name to support veterans in Vermont by visiting veteransinc.org or sending directly to Veterans, Inc., 69 Grove St, Worcester, MA 01605.

To protect the health and safety of friends and family, services in celebration of Norman’s life will be delayed until 2021.

To order memorial trees or send flowers to the family in memory of Norman Brosseau, please visit our flower store.