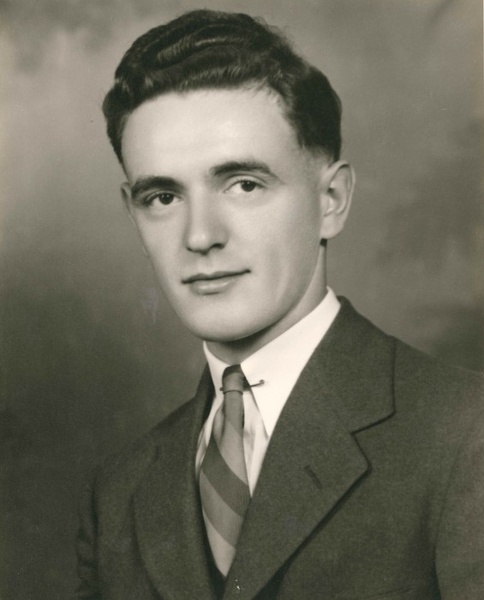 Norman was born in West Burke, VT on July 5, 1924, to Robert and Susan (Saunders) Sleeper.  He was raised in Danville, graduating from Danville High School, Class of 1942. From 1943 to 1946, he joined the United States Army serving his country during WWII in the Western Pacific, Southern Philippines, and Luzon.  From there Norman went on to the Army National Guard.  On July 14, 1946, Norman married Marie Fletcher Maynard.  The couple shared 62 years together until Marie’s death in 2009.  Norman attended Boston University from 1946 to 1949 and graduated with a Bachelor of Science Degree.  He worked at VT Tap and Die, French and Bean Wholesale Grocers, and Walker-Brock Car Dealership, and, but the majority of his working life, over 30 years, was with the Town of St. Johnsbury as Town Clerk and Treasurer.  He was well noted for walking between his house and the town offices four times a day, always going home for his lunch.

A sports fan, Norman enjoyed watching a variety of sports including golf on TV.  He loved the Red Sox and the Celtics. In his high school years, he played baseball and basketball. Later, he was part of a bowling team called the Spoilers, made up of some of the neighborhood guys.  In his younger years, Norman took Marie square dancing.  Norman enjoyed fishing, rides up the coast of Maine with Marie to spend time with Sue and Steve, and long rides in the country with John and Elaine.  He played clarinet in McClure’s All-Star Band and enjoyed listening to Big Band music.  Giving back to his community, Norman was a member of the Kiwanis, past member of the VFW, volunteered as an AARP tax preparer, and served for many years on the Passumpsic Bank Board of Directors.  He was a proud member of the Grace United Methodist Church for over 60 years.

To order memorial trees or send flowers to the family in memory of Norman Sleeper, please visit our flower store.