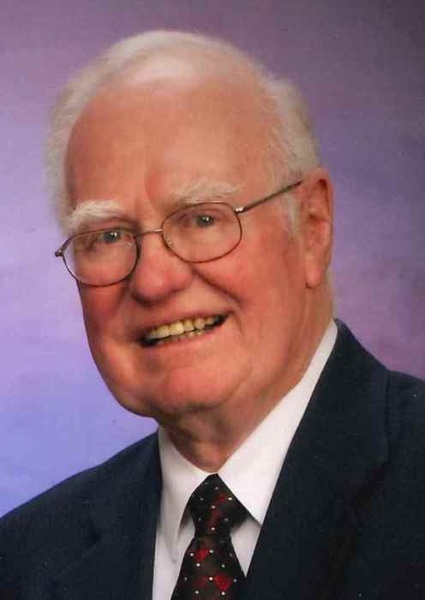 Bob Dumas, 89, of St. Johnsbury, passed away on Monday, July 30, 2018 surrounded by family following a period of declining health.

Bob was born in St. Johnsbury on June 17, 1929, the son of Onésime and Marie Jeanne (Carrier) Dumas.  He grew up on St. Mary St., attended Catholic schools and graduated from St. Johnsbury Academy with the class of 1949.  He joined the US Air Force and was stationed at Biggs Air Force Base in Texas, serving from 1950-1954.  In 1952 he married Joyce Atherton, his high school sweetheart.

Bob was a parishioner of St. John the Evangelist Church and served as a longtime Eucharistic minister.  He worked at Fairbanks Scales for forty years.  Following retirement Bob was a valued employee at the Sayles Funeral Home.

Bob was a longtime member of the St. Johnsbury Country Club.  There he coordinated various improvements at the club.  The most important things in his life were his church, family and work.

He was predeceased by brothers Roland Paul (March 2018) and Louis Paul as a young boy.

A Mass of Christian Burial will be celebrated in St. Johnsbury Thursday, Aug. 2 at 12 Noon at St. John the Evangelist Church.  The Rev. Curtis Miller will celebrate the Mass.  Committal services will follow the Mass at Mt. Calvary Cemetery concluding with military honors.  There will be no visiting hours.

To order memorial trees or send flowers to the family in memory of Normand 'Bob' Dumas, please visit our flower store.