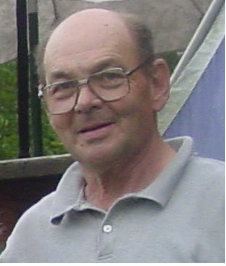 Otis Raymond Carleton, age 83, of South Ridge Road, passed away at his home with his family by him on Wednesday, May 29, 2019.

Otis was born in Brattleboro, VT, on July 26, 1935, son to the late Charles Raymond and Madeline (Robbins) Carleton.  He was raised and educated in southern Vermont and came to the Lyndon State College after high school where he met Edith Salt.  They married in 1954 and made their home in Sutton sharing 58 years together at the time of her passing on December 5, 2012.   Otis worked at Northeast Tool as a shipping supervisor and later in accounting at Vermont Tap & Die.  He enjoyed being outdoors and had to keep busy whether it was bucking up wood, tinkering on a car, or building a shed. He was a long time member of the Masonic Lodge formerly located in Lyndonville, loved to hunt, fish and play golf.

Services will be private and there will be no Calling Hours.

To order memorial trees or send flowers to the family in memory of Otis Carleton, please visit our flower store.