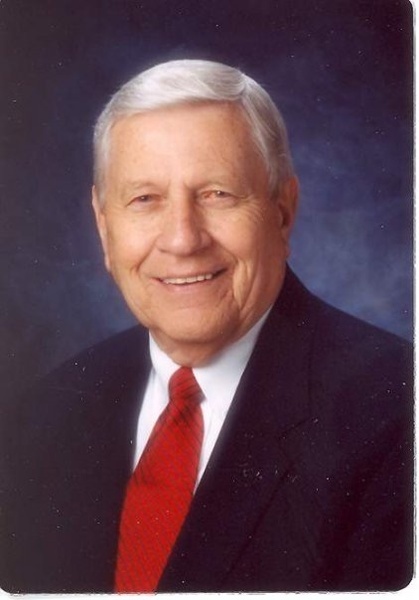 Paul Whiting Poulos went to meet his Creator on Tuesday, February 4, 2020, in Sun City Center, Florida. Paul was born on February 15, 1932, to Winifred {Whiting) Cascio and Spero Noushiopoulos. He grew up in Montpelier and after graduating from Montpelier High School in 1950, he enlisted in the United States Marine Corps, serving stateside.

Paul, also known as "The Golden Greek" was a successful, ambitious businessman, with a strong work ethic. He started his insurance career with The Vermont Mutual Insurance Company in Montpelier as a claims adjuster. Later in his career, he had the opportunity to purchase his father-in-law' s (H. Elliott Corning) share of lmpey Insurance in St. Johnsbury. Several years later he purchased the remaining shares from Hugh lmpey. Eventually, he renamed the Agency Poulos Insurance and the rest is history.

Paul was extremely involved with his community. He was a former president of the St. Johnsbury Chamber of Commerce, president of Little League Baseball, a member of the Masons/Shriners, Lions Club, and Walden Club. Paul was a devoted member of St. John's Catholic Church during the years that he resided in St. Johnsbury.

Paul was known for his generosity and infectious smile. Always willing to help out a friend or a good cause. He loved people and genuinely wanted to know all about whomever he happened to be chatting with. He enjoyed watching the Red Sox and the Patriots, playing cribbage and in his younger years...playing tennis!

Paul was predeceased by his former wife Joan, his parents, and his brother John.

Paul spent the last few years of his life in Sun City Center, Florida where he met Marcy Hudson. Paul and Marcy made many memories together serving as each other's love, best friend and confidant. Marcy opened her heart and her home to Paul and gave him love, companionship and many happy times to nicely round out a life well-lived.

A funeral mass will be held at 11:00 a.m. on Thursday, February 20 at St. John's Catholic Church in St. Johnsbury with Military Honors immediately preceding at the church. Friend s may call on the family on Wednesday (2/19) evening at Sayles Funeral Home, 525 Summer Street in St Johnsbury from 6:00-8:00 p.m. Burial will take place at Mt. Pleasant Cemetery in the spring.

In lieu of flowers, Paul's wishes are to have memorial donations directed to Good Shepherd Catholic School. A donation may be mailed to GSCS, 121 Maple Street, St. Johnsbury, VT 05819 or online at www.goodshepherdschool.vt.org. Paul was an avid supporter of the school from its inception. He generously committed to paying his great -grandsons tuition each year, allowing them to attend.

To order memorial trees or send flowers to the family in memory of Paul Poulos, please visit our flower store.