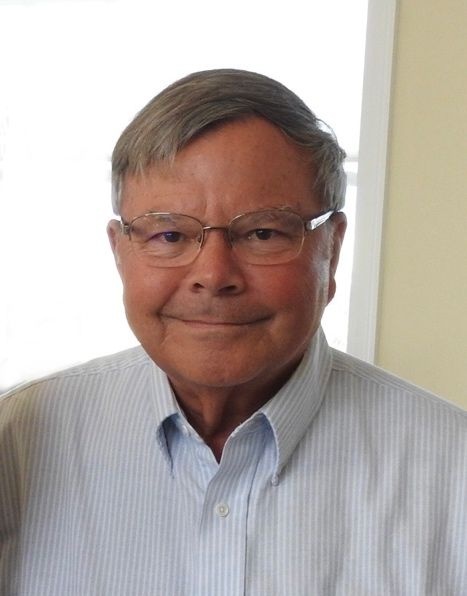 Peter Joseph Morrissette, age 79, of Lyndonville, died peacefully on July 26, 2022 due to complications from cancer. Peter was a very active member of the Lyndonville community, a world traveler, and a devout family man.

Born on May 9th, 1943, in Providence, Rhode Island, Peter moved to Lyndonville at the age of 9, when his parents Alfred and Florence (Demers) moved to town to run the May Store, the Five-and-Dime on Depot Street.  For the next 70 years, Peter’s permanent address would remain the house on Williams Street that his parents first bought.

Before graduating from Lyndon Institute in 1961, Peter scored the winning, and only, touchdown of the St. J. – L.I. football game his senior year.  He attended Dartmouth College and graduated in 1965 with honors in history.  During his summers in Lyndonville, he helped build the village Post Office, and paint the Vermont Tap & Die manufacturing building.

Up for an adventure, Peter left New England for the first time during the spring of his junior year at Dartmouth, traveling with his college roommate to Omaha, NE to visit his roommate’s girlfriend.  While there, a blind date was arranged with Sherlyn Berg of Amarillo, Texas, who became his best friend and the love of his life.  In 1966, Peter and Sherlyn were married in Amarillo, and would have celebrated their 56th wedding anniversary on August 20th.

After college, Peter attended Boston College Law School, from which he graduated with honors in 1968.  Peter and Sherlyn moved to Vermont, where he began a long and successful law practice in St. Johnsbury, eventually finishing his career in Lyndonville. Known for his kindness and compassion in serving his clients, during his legal career Peter served as President of the Caledonia County Bar Association, Agent for the Town of Lyndon, and was admitted to practice in all Vermont State and Federal courts, and the United States Supreme Court.

Always a leader in the community, Peter had the pleasure of serving the town of Lyndon in multiple ways.  He was a member of the Executive Committee of Lyndon Institute, serving as Treasurer and President, and was made an honorary life-long Trustee.  He served as President of the Lyndon State College Foundation. He was a member of the Lyndon Planning and Development Board, President of the local Lions Club, and served on the boards of the Lyndon Outing Club, Lyndon Ice Hockey Association, the Darling Inn Meal Site, and the building committee for Powers Park during the building of the new pool. He was also on the board of the Lyndon Little League, and coached countless kids on multiple teams. Peter also served on the board of The Howard Bank, and as a Corporator for the Passumpsic Savings Bank.

Peter and Sherlyn became avid travelers after their children were grown.  A lifelong lover of reading, learning, and history, Peter had a long bucket list of must-see places and he and Sherlyn saw nearly all of them. He was passionate about planning their trips, ensuring they saw the most amazing and historical sites in the world.  They traveled to, and spent the night in, all fifty states, and visited over 100 countries.  Their travels were carefully documented by Peter’s photography and Sherlyn’s organization, with a description of the date and location written on the back of every photo before being placed in albums.

Peter was intensely proud of his family, and was a kind and loving brother, husband, father, and grandfather. His compassion and devotion for his wife Sherlyn was unmatched and noted by all who met them; from walks on the beach hand-in-hand, to camel rides and tiger petting, to enjoying nearly every meal together, the two were inseparable. And, it seemed the dogs of the world could always sense his love, as he was a great friend to his dogs as a child, with his family, his grand-dogs, and the neighboring pups.

Peter is survived by his wife and forever-partner, Sherlyn; their two children, Amy McGarry and husband Daniel of Kennebunk, Maine, and Mark Morrissette and wife Wendy (LaClair) of Falmouth, Maine; four grandchildren, Andrew, Peter, and Catherine Morrissette, and Connor McGarry; along with his two sisters Anne Brown and husband Dick of Lyndonville, and Laura Morrissette and husband George Blazczynski of Arlington, Massachusetts; and many nieces, and nephews.

Special thanks to the doctors, nurses, and entire staff at Dartmouth Hitchcock Medical Center for their incredibly kind and compassionate care during Peter’s final weeks.

There will be an informal open house to celebrate Peter’s life at his home at 130 Williams St. in Lyndonville from 4PM – 6PM on Saturday July 30th. All are welcome, and casual attire is encouraged.

To order memorial trees or send flowers to the family in memory of Peter Joseph Morrissette, please visit our flower store.
Send a Sympathy Card

There will be an informal open house to celebrate Peter’s life at his home at 130 Williams St. in Lyndonville from 4PM – 6PM on Saturday July 30th. All are welcome, and casual attire is encouraged.