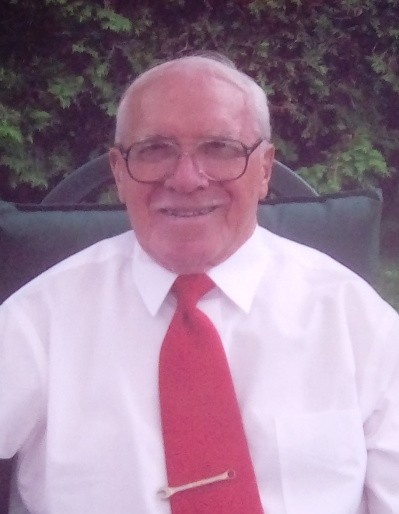 Philip Louis Villeneuve, 99, of St. Johnsbury, VT passed away on Tuesday, February 4, 2020, at the Pines Rehabilitation Center in Lyndonville, VT.

Phil was born in Coventry, VT on August 12, 1920, to Phillippe and Cecile (Anger) Villeneuve.  He was raised in the local area. Phil served in the Navy in WWII as a minesweeper in both the Atlantic and Pacific theaters.  On August 30, 1941, he married Mary Elizabeth Collins and shared 57 years with her until her death in 1998. Phil worked as a mechanic for Goss’s, the St. Johnsbury Garage, and the Town of St. Johnsbury, from which he retired in 1985.  He was a member of VFW Post 793.

Memorial donations may be made in Phil’s name to Caledonia Home Health and Hospice, 161 Sherman Drive, St. Johnsbury, VT 05819.

To order memorial trees or send flowers to the family in memory of Philip Villeneuve, please visit our flower store.