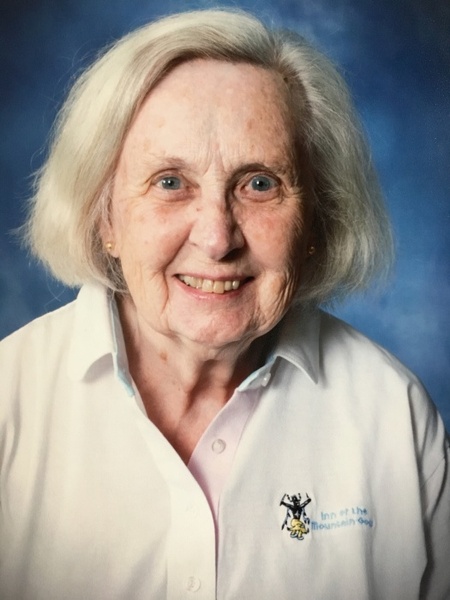 Phyllis Josselyn, 91 of 2006 Golden Belt Parkway in Durham, NC, formerly of Lyndonville, VT, passed away on Saturday, December 15, 2018 at her son’s home.

Phyllis was born on April 14, 1927 in Providence, R.I., to Gordon Raymond and Ruth (Harrington) Haslam. She was raised in Rhode Island, graduated from Cranston High School, Class of 1945, Boston University, Class of 1949 with Bachelor of Arts degree. She later returned to Westfield State College and graduated in 1989 with a Masters of Library Sciences.

In 1952, she married Louis S. Josselyn and they shared 65 years together until his death in 2017. She retired in 1989 as the Director of Library Services for Wilbraham, MA public schools, prior to that she taught elementary grades in RI and WI. She also tutored for Longmeadow, MA public schools from 1960-1966. She later moved to Vermont after retiring. She was a Trustee for Cobleigh Public Library as well as a volunteer. She also served on the boards of The Federated Garden Club of VT and the Seed &Weed Garden Club, winning the grant to improve the Pig Park in Lyndon Center from the National Council of Garden Clubs. She was also active in the First Congregational Church of Lyndonville.

A celebration of the lives of both Phyllis and Lou will be held on May 18, 2019 at 11:00am at the First Congregational Church of Lyndonville with the Rev. Bruce Cominsky to officiate.

Memories and condolences can be shared with the family at www.guibordfh.com

To order memorial trees or send flowers to the family in memory of Phyllis Josselyn, please visit our flower store.