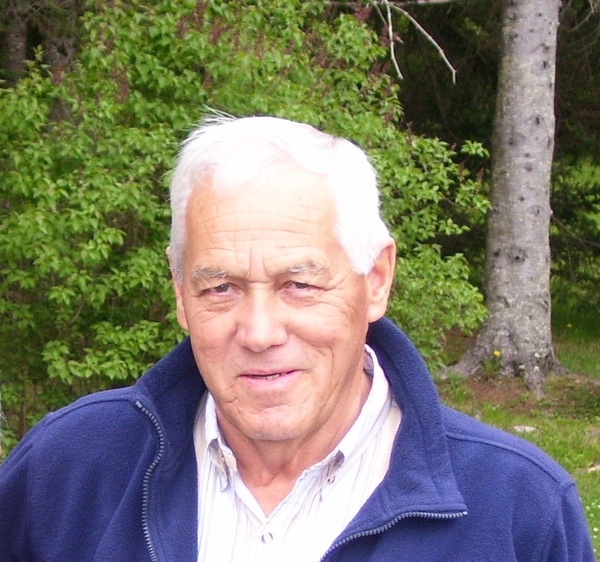 Richard graduated from Lyndon Institute as an honor student. In school he was known as one of the shop boys. If anybody had troubles with their car he was the one they went to see. Richard was also a gifted athlete. He was a member of the 1950 Vikings football team that beat St. Johnsbury and went on to become state champions. Richard was an avid supporter of the Lyndon Viking sports teams his whole life and thoroughly enjoyed attending the games.

In 1953, Richard married Elizabeth, his high school sweetheart and had six children together. Richard and Elizabeth enjoyed their family camp on Echo Lake in East Charleston. Canoeing was a favorite past time for him. Sadly, after only 24 years of marriage, Elizabeth passed away in 1977.

Richard was extremely intelligent and talented. Whether it was mechanical, electrical, plumbing, heating or woodworking, he had the gift of being able to engineer a project from the start and then had the practical skills to see it through. He built the family home on Pinehurst in Lyndonville.

When he was a young man, Richard worked for Sunset Lanes bowling alley in Lyndonville, and for the railroad where he was tasked with building railroad tracks.

Richard spent the majority of his working career in the propane business working for companies like Pyrofax Gas Corporation, Petrolane, and Texas Eastern. He was a certified professional driver and earned numerous certifications for the sale, installation and service of revolutionary new gas appliances. He went on to become a successful branch manager in the business.

In 1980, Richard married Lorraine bringing four stepchildren into his life. Richard started his own business ("Calgas") with his wife Lorraine.

Later years found Richard and Lorraine camping from Maine to Florida. They enjoyed their winters spent in Florida with many local friends and new ones met along the way. They were members of the square dance group "Country Corner Squares" and had a great time dancing.

Richard was predeceased by his first wife Elizabeth (the mother of his children), his second wife Lorraine, his parents Nelson and Arlene Charron, his sisters Joanne Charron and Grace Shene, and his grandson Eric Gilman.

A graveside service will be held on August 26, 2022 at 11:00 AM at the Woodmont Cemetery in East Burke, VT with the Rev. Ann Hockridge officiating.

To order memorial trees or send flowers to the family in memory of Richard P Charron, please visit our flower store.