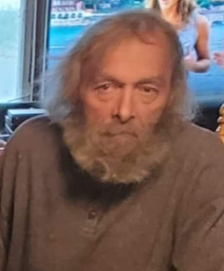 Richard was born in Burlington, VT, March 28, 1953, son to the late Robert Alfred and Hilda (Clark) John.  He grew up living in W. Burke, Lyndonville and St. Johnsbury and went to the St. Johnsbury Trade School.  Dicky trained to be a mechanic and made that his lifelong career. He seemed to have had more lives than a cat.  He enjoyed fishing and spending time with his grandkids, going four wheeling and hanging with his dog, Bud.

There will be no calling hours. A Celebration of Dicky’s life will be planned for next summer.

To order memorial trees or send flowers to the family in memory of Richard John Sr., please visit our flower store.