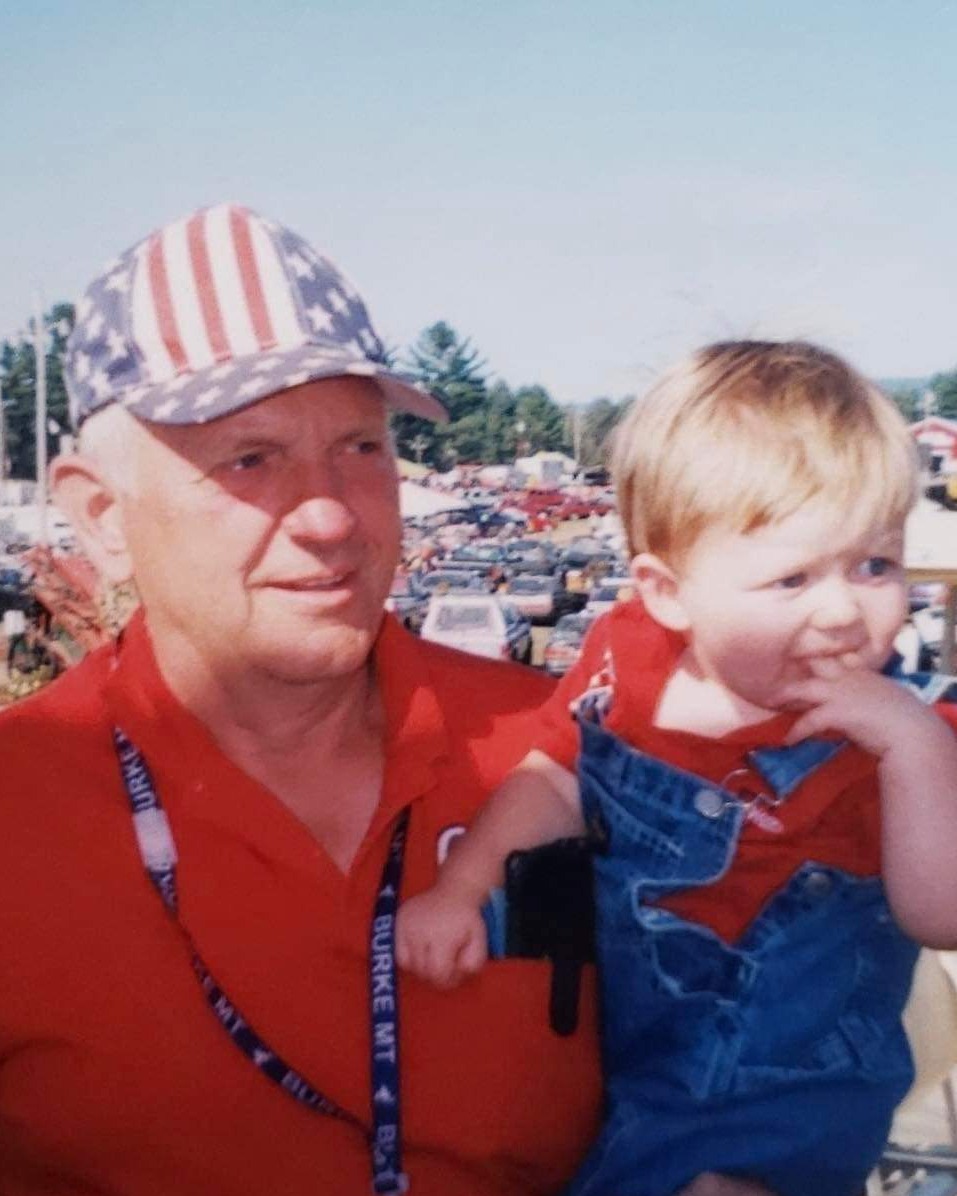 Richard “Dick” Lawrence died just before sunrise on Thursday, November 24, 2022 with his family by his side. Dick was born on July 5, 1942 to the late Harry and Carolyn (Hoyt) Lawrence. Dick lived in Lyndonville all his life and graduated from Lyndon Institute, Class of 1960. Dick went on to get his degree in animal science from the University of New Hampshire in 1962 and returned to Lyndonville to begin his career as a dairy herdsman on his family’s farm.

Dick enjoyed the game of baseball, coaching Babe Ruth for 11 years, followed by many years mentoring players and umpiring games. Dick took a group of players to the Babe Ruth World Series where they faced a team from Puerto Rico; needless to say, they had met their match, but Dick was extremely proud of this team. Dick also coached JV basketball for Lyndon Institute for several years with one of his best coaching memories coming from a game where his team went into the second half, nearly 50 points behind, and battled back to win by 1 point.

Dick was an avid supporter of his community serving as Selectman Town of Lyndon, Moderator, Town of Lyndon, Cooperator and then Trustee at Lyndon Institute (31 years), ASCS County Committee, Eastern A.I., NVDA St. Johnsbury-Lyndon Industrial Park, Jay-Lynn Fund, Caledonia County Farm Bureau, Advisory Board for Community National Bank, Member of the Vermont House of Representatives, Caledonia-4 (14 years), and Vice Chair Committee on Agriculture. Dick served as a member of the Lyndonville Rotary Club and was the recent recipient of the Paul Harris award for serving his community and state.

Dick left farming in the late 1980’s, worked for several years as a realtor, and in 1991, he and Nancy purchased Lyndonville Agway and ran the farm, garden and pet store, along with their daughter, for nearly 20 years.

At the tender age of 8 years old, Dick began showing cattle at the Caledonia County Fair; we all know what this led to. Dick began volunteering CCF, first as the cattle superintendent, as a CCF Board Director, and then as the President of CCF for 37 years. It was important for Dick that the Fair have a strong agricultural foundation with the many animal shows and judging, ox and horse pulling, as well as many exhibits in Floral Hall displaying the talents of the community, and the fantastic midway of games, rides, and of course fair food. On its 176th year, Dick was recognized for his devotion and commitment to the fair and his community with a tribute to him just before the demolition derby while the grandstand was full. Following the death of Dick’s parents, the family supported the construction of the Lawrence Arena.

A funeral service will take place at the Lyndon Institute auditorium on Saturday, December 3rd at 1:00 pm with the Rev’s Bruce Comiskey and Barbara Dwyer officiating. Please dress in casual attire; flannel and CCF Director shirts welcomed. There will be no calling hours. Burial will take place at the Lyndon Center Cemetery at the convenience of the family at a later date. A celebration of life will be held in the spring at Caledonia County Fairgrounds; details to follow.

In lieu of flowers, please consider donations to CCF Lawrence Arena Addition planned for 2023; donations can be directed to Community National Bank of Lyndonville.

The Livestream will be available on the funeral home's Facebook page shortly prior to 1PM: https://www.facebook.com/Caledonialifeservices

To order memorial trees or send flowers to the family in memory of Richard "Dick" Lawrence, please visit our flower store.