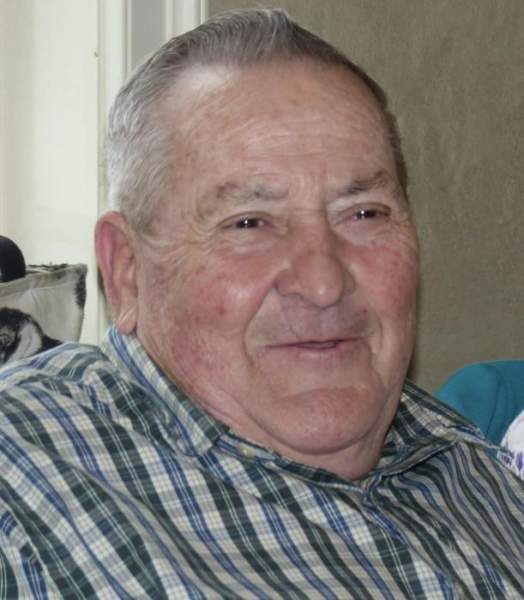 Richard H. McGinnis, 85, of St. Johnsbury, Vt. passed away unexpectedly on Saturday, January 4, 2020, at Northeastern Vermont Regional Hospital in St. Johnsbury with his family by his side.

The son of Ellery and Mamie (Guyer) McGinnis, he was born in Concord, Vt. Aug. 19, 1934.  He attended school in East St. Johnsbury and graduated from the St. Johnsbury Trade School in 1953. While at the trade school, he played all sports and received the Good Sportsmanship Award.  Richard entered the Vermont National Guard and then entered the U.S. Army as a Sgt, stationed at Fayetteville, N.C.  He met the love of his life, Beulah Darrell when he came home on leave.  They were married in 1958 and raised their four children in St. Johnsbury.  He started a filling station business with two locations in town; one on Portland Street and the other on Railroad Street.  Following that, he worked for the U.S. Post office in St. Johnsbury for almost 30 years; a job he loved to do and loved the people he had on his route.  He then joined the St. Johnsbury Fire Department as a volunteer and retired after 50 yrs.

Richard was a long time member of Grace United Methodist Church, St. Johnsbury.  He was a member of the Elks Club for over 50 years as well as a member of the Caledonia Forest & Stream Club where he held various offices during his membership. Richard had a love for animals and children. He was an avid supporter of all his children’s events during their time at St. Johnsbury Middle School and St. Johnsbury Academy.  He started and helped build up T-Ball at the St. Johnsbury baseball field and coached the Little League Dodger teams for many years.  Richard also delivered boxes to the “Santa Fund” for many years and assisted at the Annual Kid’s Fishing Derby every year. He loved to hunt and fish with his friends and family and enjoyed camping at their family camp on Harvey’s Lake.

Visiting hours will be held Friday, January 10, 2020, 2-4pm and 6-8pm, at Sayles Funeral Home, 525 Summer Street in St. Johnsbury.  A short prayer service will be conducted at end of the evening calling hours.

Private graveside services with fireman's honors will be held in 2021 at Grove Cemetery in East St. Johnsbury.

To order memorial trees or send flowers to the family in memory of Richard McGinnis, please visit our flower store.