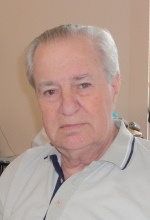 Richard Dean Sawyer, age 71, of Lake Road in Newark, VT, passed away on Wednesday, May 2, 2018 at Littleton Regional Hospital.

Richard was born in Medford, MA, on May 31, 1946, to Leonard and Erema (Foster) Sawyer.  He was raised in Billerica and Natick, MA and lived in Marlborough. Richard joined the Marines, served two tours in Vietnam, and ended his service as a Sergeant.  On February 3, 1970, he married Janice H. O’Neil. Richard did machinist work prior moving to Newark, VT in 1985. After moving, Richard worked for 23 years for the Department of Corrections in St. Johnsbury before retiring in 2008.

Richard enjoyed golf.  While in the Marine Corps he was Assistant Golf Pro in Georgia.  He liked working in his flower gardens, doing jigsaw puzzles and playing Bingo.  He will be remembered for his wacky sense of humor.  Richard was a past member of the Lyndonville United Methodist Church, as well as a member of American Legion Post #30.

Richard was predeceased by 2 brothers: Jack and Harry Taylor.

There are no services.

Memorial donations can be made in Richard’s name to the West Burke Senior Meal Site, 212 School Street, West Burke, VT  05871.

Condolences and memories may be shared with the family at www.guibordfh.com

To order memorial trees or send flowers to the family in memory of Richard Sawyer, please visit our flower store.