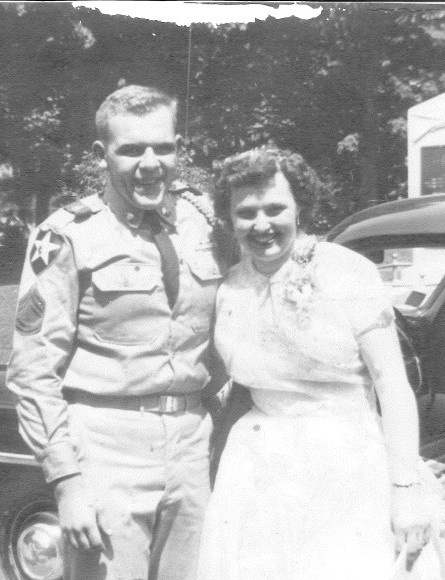 Richard was born on January 4, 1934, in St. Johnsbury, VT, son to the late Ray I. and Isabel R. (Mooney) Skinner. He grew up in Sutton and St. Johnsbury raised on the farm in Sutton by his grandparents, Harry P. and Myrtie (Hall) Skinner. At the age of 17 Richard joined the U.S. Army and went to serve in the Korean War.  When his 2-year active enlistment was up, he immediately signed on for two more.  Upon his return he married Eunice M. Hooker on July 14, 1955 and they shared the next 64 plus years together.  They made their home on Prospect Street 60 years ago which has become fondly known as Skinner Hill.

Over the years he worked in farming, logging and construction.  Richard loved the outdoors and enjoyed fishing, hunting and camping with his wife.  In later years gardening became his passion.  He loved spending time with his children, grandchildren and great-grandchildren.

In addition to his beloved wife, Eunice, he is survived by his 7 children: Deborah Crown of Lunenburg, David Skinner and wife, Shari, of Concord, Michael Skinner and wife, Karen, of Concord, Cynthia Skinner of East Haven, John Skinner of Waterford, Sharon Cole and husband, Clarence of N. Carolina, Roxanne Stone and husband, Richie, also of N. Carolina, 21 grandchildren and 27 great-grandchildren and many nieces and nephews.

He was predeceased by his brother: Ray Skinner, Jr. and also by his grandson D. J. Skinner in 1999.

A Private Service will take place at the convenience of the family.

To order memorial trees or send flowers to the family in memory of Richard Skinner, please visit our flower store.