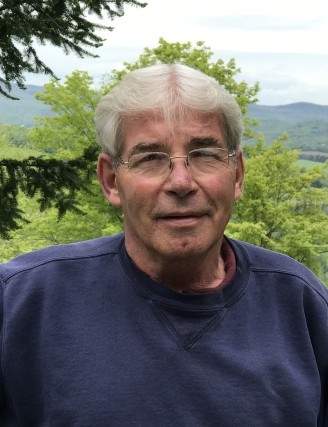 Dick was born in Brattleboro, VT, on February 5, 1949, son to the late Newton Merritt Knight and Mary Hubbard (Knight) Parker.  He grew up in Lyndon attending Lyndon Graded School and graduating from Lyndon Institute in the Class of 1967.  He joined the U.S. Marine Corp immediately after graduating and then after boot camp was sent to Vietnam.  On September 7, 1968, Richard married Anne Marie Corriveau, and they shared 52 years together. After his time in the U.S. Marine Corp, Richard worked for St. Johnsbury Electric and Morgan Electric. In May of 1982, he established Knight Electric and worked for himself for the next 36 years until December of 2018. Richard enjoyed playing cribbage with his longtime friends in Victory, VT, snowmobiling and grooming trails for cross-country skiing, and was an avid hunter.

He was predeceased by his parents: Newton Knight and Mary Parker; and a sister: Linda.

At Dick’s request, there will be no services at this time.  Family and friends will have a private gathering at a later date.

Memories may be shared with the family at www.saylesfh.com

To order memorial trees or send flowers to the family in memory of Richard 'Dick' Knight, please visit our flower store.