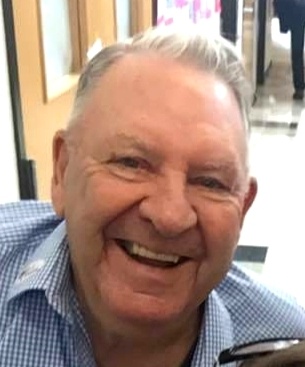 Bob was born in St. Johnsbury, VT on April 19, 1941, to Kenneth E. and Beatrice M. (Lamontagne) Ailes.  He was raised and educated locally, graduating from St. Johnsbury Trade School, Class of 1959.  He then spent six years as an apprentice in the sheet metal trade in Hartford, CT. In 1966, Bob returned and started Bob Ailes Roofing, Inc. and this past March changed the name to NEK Roof Solutions.  On March 28, 1970, Bob married Miss Bonnie Moore and had shared over 50 years by her side.

When he was young, Bob raced in Waterford, an activity he continued off and on over the years.  He participated in the American Canadian Tour (ACT) traveling from Nova Scotia, all over Canada, and throughout Maine, Vermont, New Hampshire, New York, and Rhode Island. At the age of 72, he drove his last race in Groveton, NH and was deemed the “Ageless Veteran.”  Bob enjoyed traveling, as well as boating, tinkering, and watching Westerns.  He loved his Harley and liked “playing” on the bulldozer and tractor.  With his grandson, Jacob, he built a Chevelle from the ground up.  He even took helicopter lessons.  Bob was a character with a love for adventure and a great sense of humor.

Bob was predeceased by a brother: Arthur Toussaint.

Calling hours will be held from 6-7:30PM Monday, December 30, 2019, with a prayer service at 7:30 at the Sayles Funeral Home, 525 Summer Street in St. Johnsbury.  Burial will take place at the Mt. Calvary Cemetery on St. Johns Road, Tuesday December 31, 2019 at 1PM. The family asks that pictures of Bob be brought to calling hours to share memories and stories.

Donations in Bob’s name can be made to the Pulmonary Fibrosis Foundation, 230 East Ohio Street, Suite 500, Chicago, Illinois 60611, or online at https://secure.qgiv.com/for/pulfibfou/.

To order memorial trees or send flowers to the family in memory of Robert Ailes Sr., please visit our flower store.