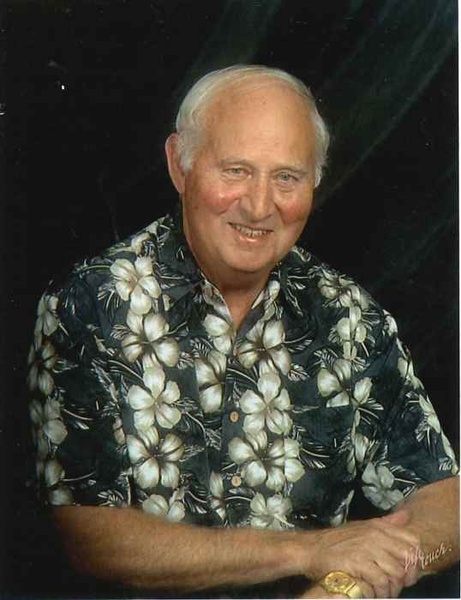 He was born Sept. 7, 1939 in St. Johnsbury, the sixth child of John and Lorraine (Gagnon) Gammell.  He graduated from St. Johnsbury Trade School with the class of 1957.   On Sept. 6, 1958 he and Virginia Carpenter were united in marriage in Dalton, Massachusetts; they recently celebrated their 59th anniversary.

After several jobs, he began working for Carpenter’s Concrete which became Lawrence SanGravCo and later Carroll Concrete.  He finished his career working for Fenoff Construction and retired at the age of 60.

Bob was a life member at the Grace United Methodist Church.  As a young man he was an avid hunter, but as the years went by, he enjoyed watching the deer more than hunting them.  He attended many evening courses at the old Trade School.  He was an active deputy sheriff for many years.

The Gammells enjoyed their winters in Gulfport, Florida until selling in 2016.  Jini looks back at how privileged they were to have traveled so extensively throughout their married life.

Visiting hours will be held at the Sayles Funeral Home this Sunday, March 25 from 3-5 p.m.

Funeral services will be held at the Grace United Methodist Church, located on Central St. in St. Johnsbury, this Monday afternoon, March 26 at 3 p.m.  The pastor, the Rev. Kirk Thompson, will officiate.  He will be buried in the family lot at Mt. Pleasant Cemetery in St. Johnsbury on Thurs., May 17 at 2 p.m.

Regarding memorial contributions, the family has two suggestions to honor Bob’s memory.  Given his love of animals, please consider a gift to ‘Kingdom Animal Shelter’, P.O. Box 462, St. Johnsbury VT 05819.  The family was especially touched by the comfort care they received while at Bob’s side at the hospital.  Such a contribution, marked in Bob Gammell’s name, payable to ‘N.V.R.H,’ and sent to the attention Development Dept, may be sent to P.O. Box 905, St. Johnsbury VT 05819.

Memories and condolences may be shared with the family at www.saylesfh.com.  The Sayles Funeral Home is located at 525 Summer St. in St. Johnsbury.

To order memorial trees or send flowers to the family in memory of Robert Gammell, please visit our flower store.