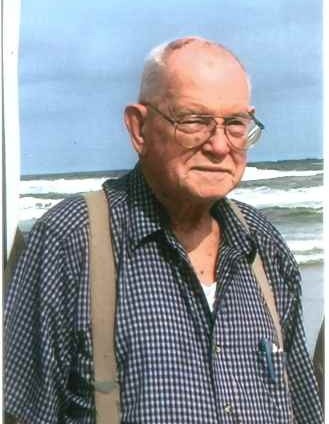 Robert V. Leithead, 91, passed away at Northeastern Vermont Regional Hospital in St. Johnsbury, VT  on Thursday, March 14, 2019, with loved ones by his side.

Bob served in the military and was stationed in Germany during WWII.  He worked at Fairbanks Scales in St. Johnsbury, Vt. from May 1, 1947, until he retired on August 1, 1991.  He was an avid hunter and swimmer and also enjoyed snowmobiling and camping.  Bob enjoyed all his later years camping at Sugar Ridge where he was well known as “Grampa” and as “Sugar Bear’s” chauffer.  Bob was a long time member of the VFW Post #793 in St. Johnsbury.

He is also survived by his loving sister: Barbara Ticehurst of White River Junction.

Graveside services will be held at Mt. Pleasant Cemetery May 18, 2019 at 10:00AM. Anyone wishing to attend is welcome. There will be no services at this time.

In lieu of flowers, please send donations to Norris Cotton Center as he was a cancer survivor:

Memories and condolences can be shared online with the family at www.saylesfh.com

To order memorial trees or send flowers to the family in memory of Robert Leithead, please visit our flower store.