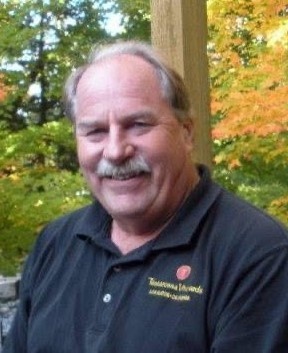 Ronald Stewart Groskopf ,76, of Lyndonville, VT, passed away at his home on Saturday, May 28,2022. His family was with him.

Ron was born in Sonoma, CA on August 20, 1945, to Charles and Doris (Rude) Groskopf.  He graduated from Sonoma Valley High School in 1963 and then went on to the University of Nevada – Reno.  He graduated from UNR in 1967 and shortly after joined the Army.  He became a first lieutenant and was eventually sent to Viet Nam with the 101st Airborne Division.  Following his return, he married Judith Hull of St. Johnsbury, VT on October 23, 1971. They were married nearly 51 years.  Ron loved sports and in particular, skiing and golf so he was happy when he and Judy moved from Sonoma, CA to Lyndonville, VT in 2004.

His survivors include his wife Judith Groskopf and two sons, Mark Groskopf and Andrew Groskopf of Lyndonville; his daughter Sarah Groskopf Hallenbeck (Tim Hallenbeck) of Livermore, CA; his sister Barbara Smith of Reno, NV; two sister in laws and their husbands: Deb and Gary Thornton of St. Johnsbury, VT and Margot and Jack Brown of East Middlebury, VT; one grandchild, Caydin Groskopf of Napa, CA, and numerous beloved cousins, nieces and nephews.

There will a memorial for Ronald in August.

Donations in Ronald’s name can be made to Riverside Animal Rescue (www.riversideanimalrescue.org/howtohelp) or Lyndon Outing Club (skilyndon.com/donate)

Memories and condolences can be shared online at saylesfh.com

To order memorial trees or send flowers to the family in memory of Ronald Stewart Groskopf, please visit our flower store.
Send a Sympathy Card