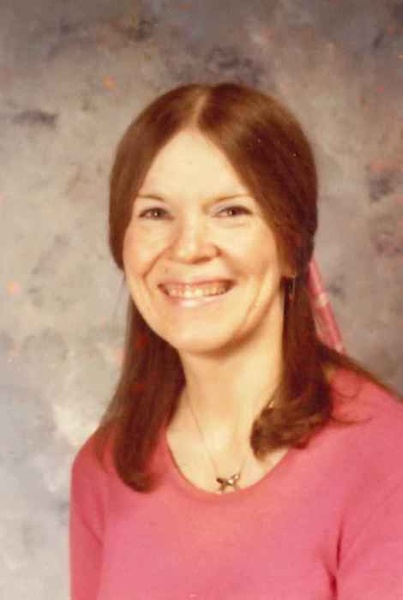 Rose Teresa "Terry" Wells of St. Johnsbury, VT, was born in Bryn Mawr, PA, on April 3, 1931, the daughter of Bernard and Rose (Givens) McFadden of County Donegal, Ireland, and died on Friday March 30, 2018, at the Northeastern Vermont Regional Hospital in St. Johnsbury, VT, following a decline in health.

Taking early retirement, she and her husband Rod moved to Danville, Vermont where they established The Roderick Wells Art Gallery. During this time, Terry created silk flower arrangements for the gallery and handled its business. She also volunteered daily in the Danville School Library for five years and at the end of one of those years, was awarded the Manning Helping Hand Award. She wrote a column for the The North Star Monthly, helped at the Open Door Ecumenical Food Shelf and Thrift Shop, and taught Religious Education at Queen of Peace Church. Working with three others, she wrote for and edited The Danville Treasury, an anthology about Danville and its people, proceeds of which benefited the Pope Library.

After she and Rod moved to St. Johnsbury, she volunteered at the Youth Library at St. Johnsbury Athenaeum and was Docent Coordinator for its art gallery. Asked to become part of the Education Committee that would form the Good Shepherd Catholic School as its Library Consultant, she founded and designed the library, and became its first librarian. She also taught French to the four youngest classes.

During this time, she was professed as a member of the Secular Franciscan Order of St. Mary of the Angels Fraternity at her parish, St. John the Evangelist Church. She was also accepted for the Diocese of Burlington's Lay Ministry Program, and upon completion of her studies, was commissioned in June, 2002. During this period, she taught an Adult Religious Education Refresher Class. Terry had been a member of St. John the Evangelist Church Parish Council and Religious Education Committee, the Vermont Right to Life - Caledonia County Chapter, Danville Woman's Club, St. Johnsbury Athenaeum, Catamount Arts, Fairbanks Museum, and the NVRH Auxiliary.

Terry was, according to her husband and many others, a "born teacher." She was named Outstanding Teacher in her school district, and won many other similar achievement awards, including being named Outstanding Teacher five separate times over the 35 years of her career. Above all, she endeavored to treat her students as God's children and as if they were her own, encouraging them to love reading and composition, and to "reach for the stars while keeping their feet on the ground." Yearly, she invited her students to her home for a Christmas tree-trimming party, and took them out to lunch and fishing at the end of school. She enjoyed reading, writing, volunteering, music, theater, walking, traveling and laughing. Above all, she loved God and her family, and was a devoted daughter, wife, mother, sister, teacher and loyal friend.

She was predeceased by her wonderful parents; her beloved son: Mark Porrello; her brother and sister-in-law: Captain Gary Wells, (US.N.Ret.) and his wife, Brenda; her brother: Thomas McFadden; sister-in-law: Francena Van Voorhis and her husband, Lee; and many uncles, aunts, cousins, and friends.

A gathering will be held at Sayles Funeral Home, St. Johnsbury, VT on Monday, April 30, 2018, 2-4PM and 6-8PM. A Mass of Christian Burial will be offered at St. John the Evangelist Church at 11:00 AM on Tuesday, May 1, 2018.  Burial officiated by Fr. Bernard Gaudreau will follow at the Danville Green Cemetery.

In lieu of flowers, those wishing to make a contribution in her memory may direct it to the Good Shepherd Foundation, Box 146, St. Johnsbury, VT 05819 or to the Caledonia Chapter, Vermont Right to Life Committee, Care of Donna Otto, Treasurer, P.O. Box 105, West Burke, VT 05871.

To order memorial trees or send flowers to the family in memory of Rose "Terry" Wells, please visit our flower store.