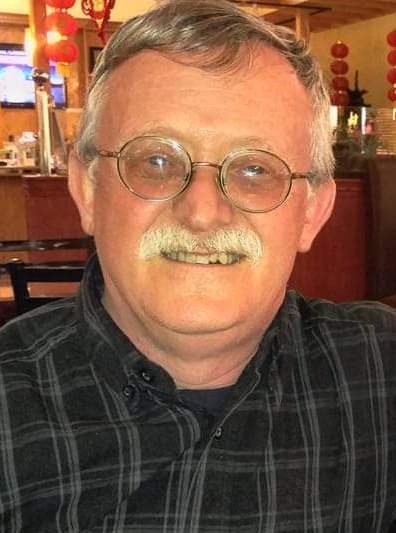 Roy was born in Newport, VT, on October 12, 1957, son to Donald Everett, Sr. and Germaine Mae (Small) Blanchard.  He was raised and educated in Glover and Randolph graduating from Lake Region High School with the Class of 1977, joining the U.S. Army out of high school and studied to become a Medical Technician, he was stationed in St. Louis and in Germany.  Following his Honorable Discharge in 1981 he attended Lyndon State College from 1981-83 and then transferred to the University of Rhode Island until 1986 where he graduated there from the College of Pharmacy.  Roy worked for many years for St. Johnsbury Pharmacy, Russells Pharmacy in Lyndonville, also for Rite-aid in Barton, VT and Wells River Pharmacy.  For the last four years Roy worked for Home Depot in Littleton, NH, where he was the Kid’s Workshop Captain coordinating and planning monthly workshops.  He would help the children (and parents!) build wooden crafts every month.

He enjoyed history, coin collecting, perennial gardening and genealogy was his passion.  He spent a week in Boston studying and researching his family’s heritage.  Roy was a long standing member of the Knights of Columbus Council 421 in St. Johnsbury, where he was Warden. He loved spending time with family, travelling, Sunday breakfasts with family and dressing up for all the holidays.

In addition to his parents he was predeceased by a brother-in-law: Robert Nadeau and his friend, Stanley W. Judd in 2004.

A Mass of Christian Burial will be celebrated at 11AM on Thursday, January 31, 2019 at St. John’s Catholic Church, corner of Winter and Main Streets in St. Johnsbury.

Friends may call on the family from 6-8PM Wednesday evening the 30th at the Sayles Funeral Home, 525 Summer St in St. Johnsbury.

To order memorial trees or send flowers to the family in memory of Roy Blanchard, please visit our flower store.