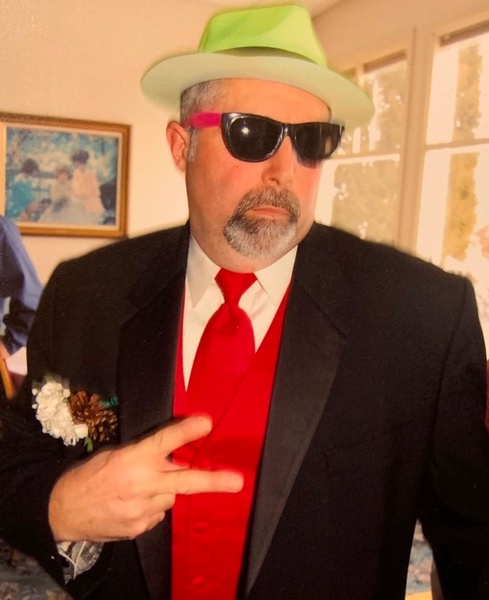 Scott E. Davis, Sr., 57, passed away at his home with his family beside him on Tuesday morning, July 30, 2019, following a recurring battle with cancer.

Scott was born on September 6, 1961, in New Haven, CT, son to Jerry Martin, Sr. and Patricia Ann (Boughton) Davis of Sutton; they survive him.  He was raised and educated in Guilford, CT, graduating from Guilford High School in the Class of 1979.  Scott began working construction during his high school years at the age of 15 and absolutely loved it.  He continued in construction and started Scott Davis Excavating; people enjoyed watching his natural ability to operate equipment like an extension of himself.   On March 9, 1985 Scott married Lori Schartner and made their home in Sutton and raised their family there. He enjoyed shooting and working on guns and camping, but family time for Scott was his favorite thing to do.  “Bumpa” loved hanging out with his grandbabies in the morning and then giving them a kiss before heading off to work.  Scott loved digging and truly enjoyed his job.  Throughout the years no one ever had a bad thing to say about him; he didn’t advertise and didn’t need to.  Many of those he did jobs for became his friends, showing how much he and his family were blessed.

A Celebration of Scott’s life will take place at 3PM on Saturday August 17, 2019, at the Pavilion in the Pines, 1163 Darling Hill Road in Lyndonville.  All are welcome to attend and bring a chair and your favorite potluck dish.  There will be no Calling Hours.

To order memorial trees or send flowers to the family in memory of Scott Davis, please visit our flower store.

Pavilion in the Pines