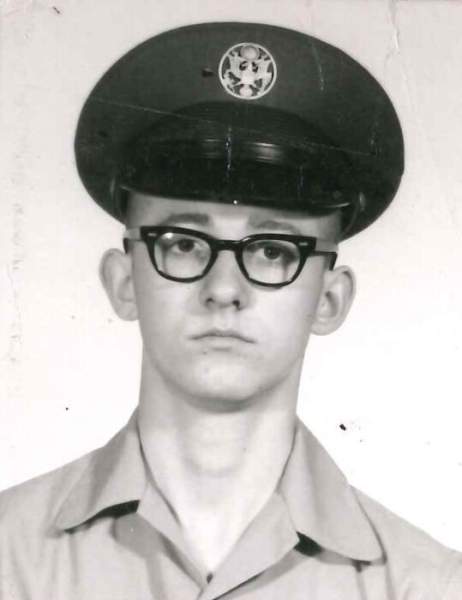 He was born in Magog, Que. Canada, on November 21, 1949, the fourth of seven children born to the late Joseph S. Paquin and Marie Claire (Marcotte) Paquin of St. Johnsbury, Vt.  Serge attended two years at the Seminary in Watertown, New York, finished his two years at St. Johnsbury Academy and graduated in the class of 1968.  Upon graduation he enlisted in the U.S. Air Force during the Vietnam War.  He attained the rank of Staff Sergeant while attached to the Defense Nuclear Agency Field Command in South Korea serving the country he was so proud of from 1968-1972.  He was a member of the Veterans of Foreign Wars.  Serge was seen throughout Northeast Kingdom with his beautiful smile and great sense of humor at many groceries stores during the years, working in management starting at the IGA, Butson’s Supermarket in Woodsville NH and Whites Market in St. Johnsbury VT.  He took pride in his job making sure his customers were happy.  He was like his father who loved politics; his favorite sport was hockey in which he excelled, playing for two years at the seminary; he also loved football and fishing.  He enjoyed collecting political buttons, coins and baseball cards.  Serge had a heart of gold, and always advocated to those in need.  He will be greatly missed by all his loving family and his very good friend George and his two beautiful children Benjamin and Luna.  He is predeceased by a brother Neil Paquin.

The family would like to extend a deep heartfelt thank you to the VA, Caledonia Home Health Care and Hospice, Northeastern Vermont Regional Hospital, St. Johnsbury Health & Rehabilitation center for the loving care Serge received.

A Graveside Service will take place at 11AM on Thursday, November 4, 2021, at the Mt. Calvary Cemetery on St. John’s Street in St. Johnsbury. There will be no Calling Hours.

To order memorial trees or send flowers to the family in memory of Serge Paquin, please visit our flower store.