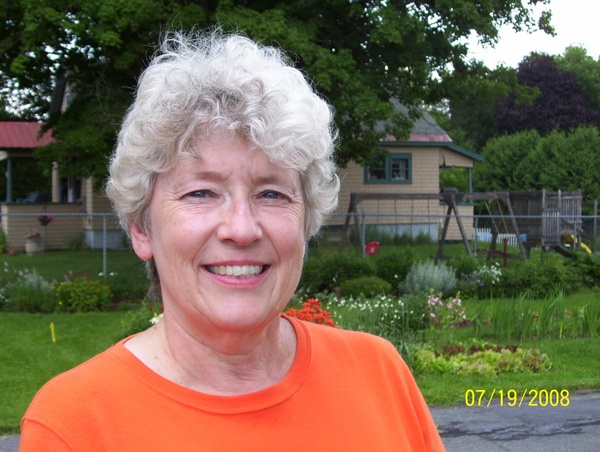 Sharon was born in Hardwick, Vt. on February 6, 1949, daughter to Carl and Norma (Gilson) Harvey.  She attended local schools and graduated from Hardwick Academy Class of 1966. In 1970, Sharon graduated from Johnson State College in Johnson, VT.  On April 3, 1970, she married Stephen Slayton.  Sharon taught third grade at Enosburg Elementary School in Enosburg Falls, Vt for four years.  She owned and operated a children’s store, Togs and Toys, for 20 years in St. Johnsbury and Newport. She also sold real estate and retired from Begin Realty.

Sharon was a member of North Congregational Church where she served as treasurer for many years, and Country Corners Squares, a square dancing group.  She enjoyed playing Bridge, tending her flower gardens, traveling, and spending as much time as possible with her children and grandchildren, especially doing outdoor activities.

Survivors include her husband of 48 years: Stephen Slayton of St. Johnsbury, VT; her two sons and their families: Eric, wife, Shannon, and 3 children, Gideon, Galen, and Ansley, of Bridgeton, ME, and Adam, wife, Kim, and 2 children, Phoebe and Phineas, of Weare, NH; sister: Carol Ryan of Craftsbury, VT; brother: Douglas Harvey and wife, Elizabeth, of Warrensburg, MO; sister-in-law: Marsha Harvey of Hardwick, VT; and many nieces, nephews, cousins, great-nieces and great-nephews.

Donations can be made in Sharon’s name to St. Johnsbury History and Heritage Center, 421 Summer Street, St. Johnsbury, VT  05819 (www.stjhistory.org).

Memories and condolences can be shared with the family online at www.saylesfh.com.

To order memorial trees or send flowers to the family in memory of Sharon Slayton, please visit our flower store.