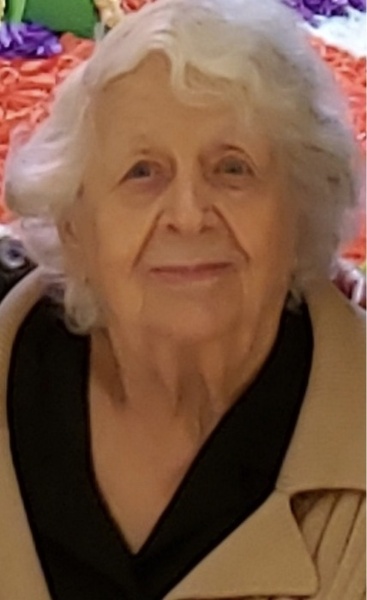 Sheila was raised by her mother in the suburbs of London in North Wembley, England, and at just the tender age of six years old endured the Blitz bombing raids of London during World War II from September 1940 to May 1941. In 1954, at the age of 19 Sheila met and fell in love with Bernie and married that same year. The marriage moved Sheila from her homeland, across the “Pond”, to America where they started their family, raising three sons, Robert “Bob”, Kevin, and James “Jim”. Sheila and the family spent short stays in Rutland, VT, Rhode Island, Norfolk, VA, San Diego, CA and overseas in South Africa during Bernie’s Naval career. Sheila ultimately settled down with Bernie in Norfolk, VA where they resided for over 37 years. Sheila initially worked from home to raise her three sons, all the while teaching them many of the English traditions. After raising her sons, and during her stay in Norfolk, Sheila went to work and started a long career with Tidewater Construction Corporation. She served as the Executive Assistant to the CFO, and eventually retired in 1989. After both Sheila and Bernie retired, they relocated in 1999 to Wheelock, outside of the town of Lyndonville, in the beautiful Northeast Kingdom of Vermont.

In retirement and with more time on her hands, Sheila was able to dedicate more time to her greatest passion in life, playing Bridge. She loved the game and excelled and enjoyed hosting and teaching others. Sheila met some of her closest friends during these years while playing Bridge regularly. It is alleged that some of her dearest friends would commonly quarrel over the decision making of who would be her partner. This was partly due to her playing skills and competitiveness, but mostly because she was so sweet, fun, and an absolute delight to be around. She also played Bridge competitively in sanctioned tournaments and achieved the ranking of Life Master. Sheila once received a personal letter from the Governor of Vermont recognizing her community service related to her work with senior citizens and Bridge events.

The family is so very grateful to all the dear friends Sheila made over the years playing Bridge, and be assured her playing the Game will go on!

Sheila also loved to travel and made many trips back to England and several just to celebrate family reunions. Sheila and Bernie also enjoyed numerous excursions around the States in their Airstream motorhome. She found, however, her favorite mode of travel later in life to be the cruise ship RMS Queen Mary (Queen Mary 2) where she tallied 16 trans-Atlantic crossings. Aboard the ship, Sheila could routinely be found taking Bridge lessons, or playing competitively in the daily tournaments. We wish her “Fair Winds and Following Seas” and many slam bids too.

The family is especially thankful to Lori L. Koshowski, CRNP for her years of exceptional care and kindness, and to all the nurses, caregivers, and staff at the Caledonia Home Health Care & Hospice for their compassionate care.

A service and interment will be held at the Arlington National Cemetery, where Sheila will be laid to rest alongside her loving husband Bernie (the date of the service is pending).

In lieu of flowers, or charitable donations, the family asks that you consider planting a memorial tree in the honor of Sheila.

Personal reflections, memories, and condolences can be shared at www.guibordfh.com.

To order memorial trees or send flowers to the family in memory of Sheila Long, please visit our flower store.

Services are to be announced