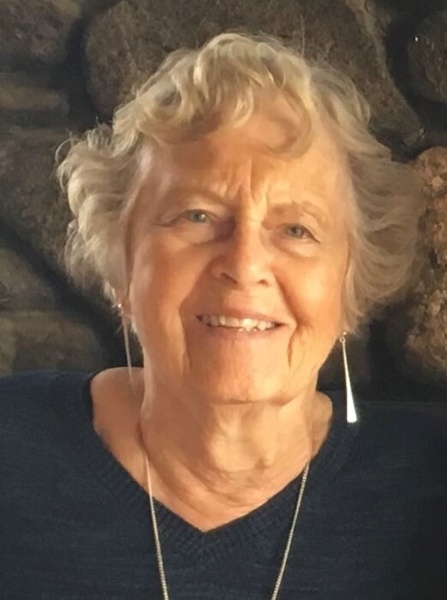 Shirley Jeanette Emerson Pellerin was born on November 29, 1926 in Dalton, NH. She was predeceased by her son Stephen Pellerin, her parents, Abby (Davis, Emerson) Donovan and Leroy C. Emerson, and her stepfather, Harry Donovan, Sr. Shirley was also predeceased by her brothers B.C. Gordon, Charles Emerson and his wife, Helen, Harry Donovan, Jr., her sister, Maureen Donovan, her brother George Donovan and his wife Trudy, and Robert Harvey, who was a very dear friend.

Shirley is survived by her daughter, Marsha Sicard and husband, Paul of Barton, Vt, a son, Scott Pellerin of Buffalo, NY, sisters-in-law Babs Gordon and Shirley Donovan. She also leaves her grandson, Jason Sicard and granddaughter, Shannon Axelson and her husband, Tim and great grandchildren Alexis Sicard, Owen Axelson, Jacob Sicard, and Micha Sicard, and many nieces and nephews and good friends.

In September 1947, she married Leonard Pellerin. They were married until 1964 and had a renewed friendship before he passed away in 2013.

Shirley graduated from Dalton High School in 1944 and went to college for one year at Bryant Stratton Business School in Boston before being called back to Dalton to care for her mother and siblings. She was employed by the telephone company in Lancaster, NH and for a year in Littleton, NH after she was married. In 1966, as a single mom of three, she moved her family from Barton, Vt to St. Johnsbury, VT where she worked as an LNA at the St Johnsbury Hospital and then later, trained, and was employed as an x-ray tech for the Fitch Clinic. When the clinic closed, she worked at Gauthier’s Pharmacy for many years and was also employed as a caregiver in several area private homes. She was a loving mother who kept her family together through humor, determination, and love during some difficult times.

In 2013, she moved to Barton to be near her daughter and husband. She enjoyed time with old friends and getting to know her new neighbors. There were weekly card games for several years that she loved being part of for the game and especially for the weekly treats that she shared in providing -- she had quite the sweet tooth!

When driving days ended , she loved staying in touch and reminiscing through phone calls. She had a wonderful sense of humor, great sense of style -- loved checking out decor, fashions (QVC !), and hairstyles. Her sons and daughter knew when their personal style choices, especially in the hair category, didn’t quite pass inspection!

Funeral services and burial will be private and at the convenience of the family at Saint Theresa’s Cemetery in Barton, Vt. Shirley requested, as a long-time breast cancer survivor, that contributions could be made in her name for Breast Cancer Research Foundation or to St. Jude’s Hospital for Children.

To order memorial trees or send flowers to the family in memory of Shirley Pellerin, please visit our flower store.