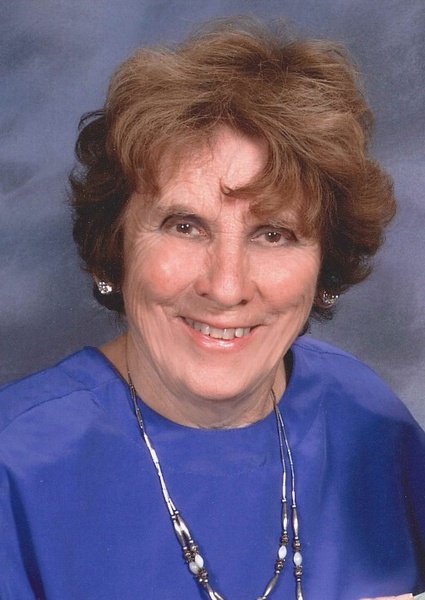 Simone L. [Nicole] Carreau, of St. Johnsbury, passed away February 9, 2020. Simone was born on August 14, 1930, in Glover, VT. She was the daughter of Lucien and Yvonne Nicole. She is survived by her brother Jules Nicole and his wife Helen of Feeding Hills, MA, children, Michelle Descoteaux and her husband Keith of Gilmanton, NH and son, Gary Carreau of West Charleston, VT, two grandchildren, Nicole Parker of Concord, NH and Dakota Parker of Suffolk, VA, three great-grandchildren, and several nieces and nephews. She is predeceased by her beloved husband Robert of 52 years, sisters Theresa Rivard, Fernande Nicole and brothers Edward and Jack.

Simone was raised in Newport VT, and a graduate of St. Mary’s Catholic School. After graduating, she was employed in Newport until meeting her husband Robert and moving to St. Johnsbury to raise her family. With the birth of her children, she became a stay at home mother, at their family home on Mt. Pleasant St. She was the type of mother who provided an upbringing any daughter or son would be proud of. During grade school, her children were within walking distance from home, so she would have lunch ready for them every day and then send them back to school...except for that one time when she wasn’t home for lunch, lol. Simone took great pride in cooking, baking and entertaining. Every birthday had a unique theme and baked goods, and every Christmas was extravagantly decorated. She always enjoyed weekend coffee with her friends, whether she would host, her friends would host, or they just went out in town. She also spent countless years baking and contributing to the local Catholic Christmas bazaar. She was a devout Catholic, baking for many functions, helping out with the Bishop’s fund, and reading during Sunday mass. Family and friends were very important to Simone. In addition to the typical holiday traditions, the family would also routinely visit family and friends in St. Johnsbury and Newport. Outside of VT, there were also many, less frequent, but no less cherished visits. These included relatives and friends in Chicoutimi, Trois Rivière, and Montmagny Canada. Many friends in Massachusetts, with vacations to Maine, and friends in Rhode Island with visits to Lake Winnipesaukee. Simone was an avid golfer, and a member of the St. Johnsbury and Newport Country Clubs, golfing well into her 70’s and often talked about getting out to golf again even though she was confined to a wheelchair. Until she was 80, or so, she would always entertain family and friends with an impromptu handstand. Simone always enjoyed travel. It started with a cross country trip with a girlfriend after high school graduation, but quickly ended when she married a man in the air force that didn’t like to fly. Once the kids were old enough, she alone would take the kids to Florida, Texas, and California. She also took several trips to Europe with Michelle and other friends. In her later years, she would help and care for her friends and family, especially her husband whom she tirelessly cared for until he passed away five years ago, to the day, that she died...

Visitation will be held from 2-4PM and 6-8PM on Thursday, February 13, 2020 at Sayles Funeral Home, 525 Summer Street in St. Johnsbury, VT.  A Mass of Christian Burial will be celebrated at 11AM on Friday, February 14, 2020 at St. John the Evangelist Church, Winter Street in St. Johnsbury, VT.  Burial will take place in the spring at Mt. Calvary Cemetery.

The family would like to thank the staff of the Canterbury Inn in St. Johnsbury and Welcome Home Mature Adult Assisted Living in Lyndonville for caring for Simone during her final years. In lieu of flowers, contributions can be made in her memory to St. Johns the Evangelist Church. 49 Winter St, St. Johnsbury, VT 05819.

To order memorial trees or send flowers to the family in memory of Simone Carreau, please visit our flower store.