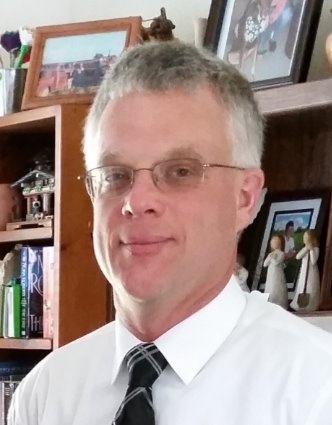 The family is saddened to announce the passing of Stephen Arthur Denio, 47, of Passumpsic, VT on May 4, 2019, of a heart attack.

Stephen was born on January 27, 1972 in St. Johnsbury, VT, to Sylvanus (Sal) Denio and Elizabeth (Remick) Yoder. He grew up in Danville attending the Danville school system and graduating from Danville High School, Class of 1990.  He then attended Vermont Technical College graduating in 1992 with a degree in Electrical Engineering.  Stephen worked for Garen Calkins Construction of Danville and eventually became employed by TTS Services, Inc. of St. Johnsbury for twenty years as a senior service technician working on the installation and repair of garage doors and loading dock equipment.

Stephen’s pastime involved racing and working on race cars at the Bear Ridge Speedway in Bradford, VT and the White Mountains Motorsports Park in North Woodstock, NH.  He owned and operated his own race car at one time.

Stephen was predeceased by his stepfather: Gary Yoder; uncle: Stanley Denio; and grandparents: Howard and Arda Remick and Henry and Mildred Denio.

A memorial service officiated by Rev. Steven Clark will be held on Saturday, June 22, 2019, at 11AM at the Passumpsic Community Baptist Church on rt. 5 in the village of Passumpsic, VT.  A committal will follow immediately at Passumpsic Cemetery.

Memories and condolences can be shared with the family online at www.saylesfh.com.

To order memorial trees or send flowers to the family in memory of Stephen Denio, please visit our flower store.