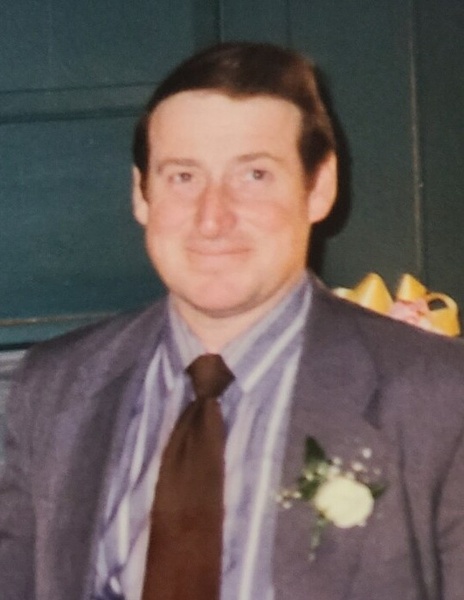 On June 20, 2021, Stephen Warren Jones finally rested in the arms of his Lord & Savior Jesus Christ.  He was born on October 20, 1950 in Ashland, Ohio to Stanley Warren Jones and Winifred Dale (Boatner).  He graduated with the infamous Class of 1969 from Northwestern High School in Wooster, Ohio.  He made many lifelong friends there and to this day if you asked him if he really did it, he’d grin and deny everything.  While in Ohio he worked as a Chrysler Certified Master Mechanic, loved working on his Mopar muscle cars and chatting with his brother in laws about hemi engines.  He also enjoyed showing his horse, Star, at the Wayne County Fair, eating warm Lerch’s donuts, pulling with his Power Wagon, full contact martial arts and making Maple Syrup with his father and uncles on the family farm.  On April 7, 1973 he married the love of his life, Diane Louise (Boreman).  Steve and Diane moved to North Danville, Vermont in 1978 to follow his dream of owning a sugarbush and making maple syrup.  There they purchased a Carey Maple Sugarhouse and established Sugar Ridge Farm which is also at their current residence.  They were members of the Montpelier Farmer’s Market for over 25 years where they made many friends.  Every Saturday they could be found on State Street, children and grandchildren in tow, selling their Maple products.  Steve was a longtime member of the Vermont Maple Sugar Maker’s Association and received many Best of Show awards for his maple syrup and sugar.  Aside from being a farmer, Steve’s other passion was Martial Arts.  He began studying in 1960, obtained the rank of 8th  Dan Master Instructor in multiple arts and was highly respected by his teachers, peers and students.   “Mr. Jones” volunteered his time running two martial arts schools, one at Union Baptist Church in St. Johnsbury, Vt and one at Websterville Baptist Church in Websterville, Vt.  In 2001 he was able to participate and instruct in a clinic in Japan.  Steve was a man of Faith, dedicated husband and father.  During his lifetime he attended Aukerman Church of God in West Salem, Oh, UBC in St. Johnsbury, Vt and the North Danville Baptist Church.  He is survived by his loving wife of 48 years, Diane, their three children and eight grandchildren:  Dawn Jurentkuff-De Serres (Leo), Shelby & Gabe Jurentkuff, Caitlyn & Chandler De Serres; Melissa D. Jones, Rhea, Torie and Silas Findlay; Justin Jones (Dan Haycook), Nicolai Jones-all reside in Vt.  His Aunt Bonnie (Boatner) Crumley, Burbank, Oh, his Sister in law Betty (Boreman) Condren (Ron), nephew Zachary Condren (Tabitha)-all reside in West Salem, Oh, niece Destiny Boreman, Wooster, Oh and niece in law Lara Condren-San Antonia, Tx and four great-nieces and nephews.  He was predeceased by his parents, mother-in-law Louise M. Gilbert, brother in law Scott W. Boreman and nephew Zane N. Condren.

A special thank you to Dr. Timothy Tanner for the many years of care he has given and to Caledonia Home Health and Hospice.

Per Steve’s request, there will be no services.  Trust in the Lord with all your heart…Prov. 3:5       A smile will gain you ten more years of life- Chinese Proverb

To order memorial trees or send flowers to the family in memory of Stephen Jones, please visit our flower store.

No services to be held