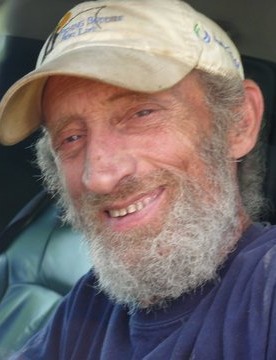 Steven Leigh Larocque, 64, of East Barnet, passed away on Thursday, December 19, 2019 after a very courageous battle with cancer.  He was born April 4, 1955 to Leigh and Beverly (Goodwin) Larocque.

He grew up on the family farm in East Barnet.  He attended Barnet Elementary Schools and highschool at St. Johnsbury Academy and Danville High School.  He married Michele Dennison and worked on the family farm until he decided to take advantage of making some money on the road construction of the interstate highway which was currently going through his family’s farm.  After the family farm had been sold to a tree farmer, he had the privilege of remodeling the dairy barn to be the new owner’s living quarters.  After the birth of two sons he went into farming on his own in the Waterford area and later on Joes Brook Road in Barnet.  After leaving the farming industry he was a “Jack of all trades” including constructing forms and pouring concrete, machine shops, carpentry, painting, landscaping, renovating houses, chicken farming. At one time in his lifetime another line of employment he was quite proud of was being hired by the local Forest Products owner, Larry Moffatt.  He became proficient in operating all logging equipment, bulldozers, excavators, loaders.  His last years of employment was faithfully working for Robert Roystan at Modern Protective Coating and refurbishing bridges in several Northeastern States.

After what he considered to be retirement, he continued to work very hard growing vegetables and selling harvested food at roadside stands in the Montpelier area.  The one food he didn’t sell all of was pumpkins as he always donated some to the Barnet Elementary School.  He was an extremely hard worker and had a huge heart.  It would be impossible to list the numerous struggling people whom he befriended and helped to get their lives in order.

The family would like to acknowledge his wonderful long-time friend Robin Bonnell and her two children Jimmy and Crystal.

He was predeceased by his father Leigh B. Larocque, cousin Rocky Larocque, nephew Dillon Garand, and niece Cortney Larocque.  He presently has over 50 surviving cousins.

One of his favorite past times was collecting snow machines and vehicles – whether running or not!  Also spending time with his very close family members who live on the same road or close by.  Family was everything to him.

A Celebration of Life and graveside services will be held in the Fall of 2020 at the family cemetery Good Rock Acres (which Steve had cleared and helped to build a few years ago).

Memories and condolences may be shared at www.saylesfh.com

To order memorial trees or send flowers to the family in memory of Steven Larocque, please visit our flower store.